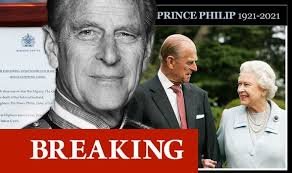 He would have been 100 years old in June this year.
Prince Philip, the husband of Queen Elizabeth who played a leading figure in the British royal family for almost seven decades, has died aged 99, Buckingham Palace said on Friday.

The Duke of Edinburgh, as he was officially known, had been by his wife’s side throughout her 69-year reign, the longest in British history, during which time he earned a reputation for a tough, no-nonsense attitude.

“It is with deep sorrow that Her Majesty The Queen announces the death of her beloved husband, His Royal Highness The Prince Philip, Duke of Edinburgh,” the palace said in a statement.

He would have been 100 years old in June this year.

UAE to create 25,000 jobs in vital sectors over next five years