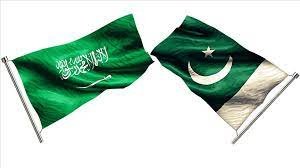 The pact was signed during Pakistan PM Imran Khan’s visit to the Kingdom of Saudi Arabia.
Pakistan and Saudi Arabia have signed an agreement on the transfer of convicted prisoners during Prime Minister Imran Khan’s three-day visit to Saudi Arabia.
The two countries also signed memoranda of understanding on the establishment of the Saudi-Pakistan Supreme Coordination Council (SPSCC), combating illicit traffic in drugs, financing of projects in energy, hydropower generation, infrastructure, transport and communication, and water resource development; and also inked a cooperation agreement in combating crimes.
The announcement was made in a joint statement released late on Saturday during the visit of Imran Khan from Friday to Sunday (May 7-9).
Khan also met Saudi Crown Prince Mohammed bin Salman and agreed to intensify contacts and cooperation between the government and the private sector.
The Saudi crown prince assured PM Khan of Saudi’s continued support to his vision to transform Pakistan into a modern, developed, and welfare state.
“The two leaders also discussed issues pertaining to the Islamic world. They stressed the need for concerted efforts by the Muslim countries to confront extremism and violence, reject sectarianism, and strive to achieve international peace and security. They also stressed the importance of continuing joint efforts to combat terrorism, in all its forms and manifestations. They reaffirmed that terrorism cannot and should not be associated with any religion, nationality, civilisation, or ethnic group,” said the joint statement.
The two countries also condemned the attacks of terrorist groups and militias, including Houthi militias, by ballistic missiles and drones on the KSA’s vital installations and civilian objects. They expressed serious concern at the threats posed to the security of oil exports and the stability of energy supplies, which was vital for the progress and development of the region and its peoples.
The Saudi Crown Prince welcomed the recent understanding reached between Pakistan and India regarding a ceasefire at the Line of Control (LoC), which is based on a 2003 understanding. The two sides emphasised the importance of dialogue between Pakistan and India to resolve the outstanding issues between the two countries, especially the Jammu & Kashmir dispute, to ensure peace and stability in the Indian subcontinent.