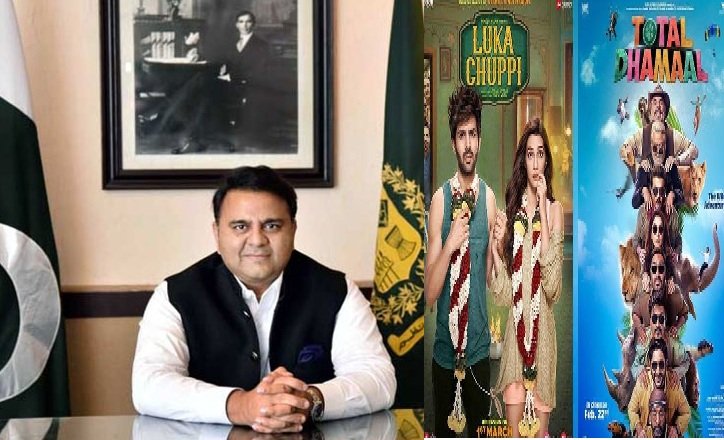 The decisions have been made in the backdrop of violation of Pakistani airspace by Indian jets.
No Indian movie will release in Pakistan, the government announced on Tuesday following air strikes by the Indian Air Force (IAF) on terror training camp on the Pakistani soil.

Pakistan?s Information and Broadcasting Minister Fawad Chaudhry on Tuesday announced a boycott of Indian movies as well as ?Made in India? advertisements in the country.

?Cinema Exhibitors Association has boycotted Indian content, no Indian movie will be released in Pakistan. Also have instructed PEMRA (Pakistan Electronic Media Regulatory Authority) to act against ?Made in India? advertisements,? Chaudhry tweeted.

The move comes in the wake of air strikes by the IAF on Jaish-e-Mohammed?s biggest terror camp in Balakot in Pakistan?s Khyber Pakhtunkhwa province early on Tuesday in retaliation to the February 14 attack in Pulwama, Jammu and Kashmir, which had left 40 Indian CRPF troopers dead.

?In the light of the prevailing situation, and in solidarity with the government, the film exhibitors? fraternity has volunteered to focus on local content till normalisation of the current situation in the region,? All Pakistan Exhibitors Association Chairman Zoraiz Lashari said in a statement.

?We believe art and films are universal language that transcend borders and bring people closer. We hope we can all play a positive role in reducing tensions, and supporting policies that bring peace and prosperity to the people of the entire region,? Lashari added.

Of late, cultural ties between India and Pakistan have been affected owing to cross-border tensions.

In December last year, Chaudhry had assured help to Indian filmmaker Nandita Das in releasing her film ?Manto? in Pakistan.

Even while the Pakistan?s Supreme Court had placed a ban on the transmission of Indian content on local television channels, movies were making their way to theatres and finding a good audience.

After the Pulwama attack, Indian film associations instructed filmmakers to avoid using any Pakistani talent in their movies and not to release their films in Pakistan. As a result, ?Total Dhamaal? did not release there.

Nurse accused of murdering eight babies, attempting to kill 10 others...

The Best Supplements for Men to Keep Them Fit and Healthy