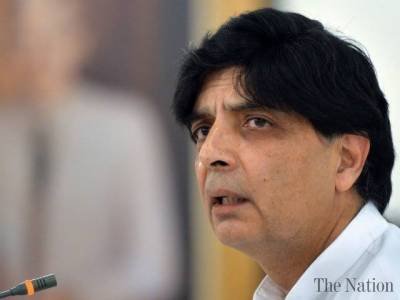 LAHORE: Former Pakistan Muslim League Nawaz (PML-N) stalwart Chaudhry Nisar was not allowed to take oath as a member of the Punjab Assembly (MPA) three years after he got elected during the 2018 elections, ARY NEWS reported on Monday.
Nisar who left the assembly building without taking oath said that he decided to take oath after a political development occurred.
“Everybody knows the circumstances which led to my decision regarding not taking oath as the MPA after my success in the National Assembly constituency was turned into a defeat,” he said.
“The provincial government recently introduced an ordinance despite clearly being stated in the constitution regarding the procedure of election and de-seating of an MPA,” he said while expressing his reservation on the ordinance regarding disqualification of MPAs over their absence from assembly proceedings.
Chaudhry Nisar Ali Khan said that he was not part of any political game and had only come to take oath as an MPA.
“I was told that the oath could not be administered in the absence of speaker and deputy speaker,” the former interior minister during previous PML-N tenure said adding that as per the constitution, the chairmen panel could also administer the oath to lawmakers.
He announced that he could approach the high court after reviewing his options following a denial from the assembly’s chair to take the oath.
On Sunday, Chaudhry Nisar Ali Khan announced to take oath as Punjab MPA during the session of the provincial assembly. In a message shared on Twitter, he said that he has decided to take oath as MPA after consultation with the people of his constituency.