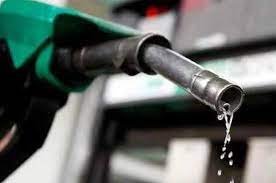 ISLAMABAD: The government is likely to increase prices of petroleum products by up to Rs6, ARY News reported, quoting sources.
The Oil and Gas Regulatory Authority (Ogra) has forwarded a summary to the Petroleum Division seeking upward revision of fuel prices for the next fifteen days starting May 1 (Saturday).
Sources said the regulatory authority has recommended a Rs5.75 increase in per litre price of petrol while a Rs6 increase in that of diesel.
Also Read: Petrol crisis 2020: Government makes inquiry commission report public
The Ogra recommended the increase in the prices of petrol and diesel on the basis of current petroleum levy. The current levy on petrol is Rs11.23 while that on diesel Rs15.29.
The new prices of petroleum products are likely to be announced later today following approval of Prime Minister Imran Khan.
On April 15, the federal government had slashed prices of petroleum products by up to Rs2 per litre. According to a notification, the government reduced the price of petrol by Rs1.79 per litre, high speed diesel by Rs2.32, kerosene by Rs2.06, and the rate of light diesel oil has been slashed by Rs2.21 per litre.