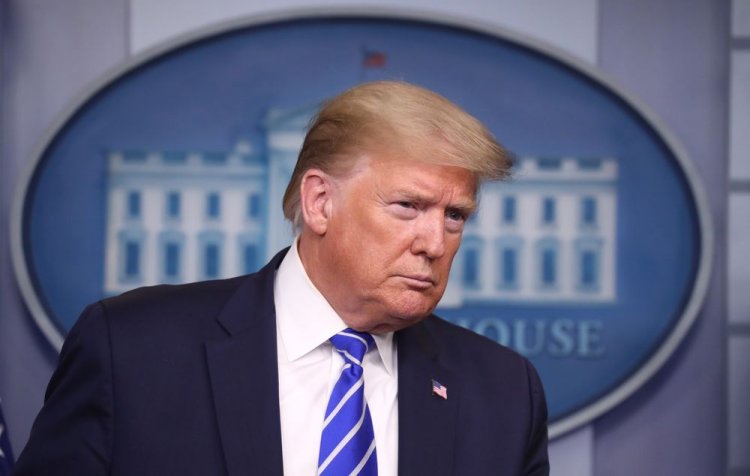 In a recorded conversation released on Sunday, Trump pressures Georgia?s secretary of state to ?find? enough votes to overturn his election defeat there
The release on Sunday by US media of a stunning audio tape in which President Donald Trump pressured Georgia?s secretary of state to ?find? enough votes to overturn his election defeat there to Democrat Joe Biden sent shockwaves across Washington.
The tape, a rebel push by scores of Republican lawmakers to challenge Biden?s electoral win later this week, a pair of runoff elections in Georgia to decide control of the US Senate and expected pro-Trump protests in Washington are combining to set the stage for a fiery week in American politics.
Lawmakers got back to work on Sunday on Capitol Hill, where Democrat Nancy Pelosi was narrowly reelected as speaker of the House of Representatives, but the real political fireworks are to come later in the week.
Following the release of the recording, Democrats and a few Republicans heaped scorn on the outgoing president, who fired off a tweetstorm of unsubstantiated claims of fraud in the November 3 election.
The taped conversation between Trump and fellow Republican Brad Raffensperger, first obtained by The Washington Post, includes vague threats by Trump that Raffensperger and another official could face ?a big risk? if they failed to take moves toward overturning Biden?s victory.
?There?s nothing wrong with saying, you know, um, that you?ve recalculated? the vote tally, Trump is heard saying on the tape. ?You?re off by hundreds of thousands of votes.?
Raffensperger is heard responding: ?Well, Mr. President, the challenge that you have is, the data you have is wrong.?
Biden won the long Republican-leaning state by fewer than 12,000 votes ? a narrow margin, but one that has remained unchanged through a series of recounts and audits.
?The current margin is only 11,779. Brad, I think you agree with that, right?? Trump says. ?So look. All I want to do is this. I just want to find 11,780 votes.?
Raffensperger and his office?s general counsel rejected Trump?s assertions throughout, and told the president that he was relying on debunked conspiracy theories spread on social media about what was a fair and accurate election, according to the audio excerpts and the newspaper?s account.
?The people of Georgia are angry, the people in the country are angry,? Trump said, according to audio of the call published online by the Post. ?And there?s nothing wrong with saying, you know, um, that you?ve recalculated.?
?So look. All I want to do is this. I just want to find 11,780 votes, which is one more than we have. Because we won the state,? Trump said in the recording, insisting that there was ?no way? he lost in Georgia.
The White House declined to comment. Raffensperger?s office did not immediately respond to requests for comment.
Making Trump?s call more surprising is the fact that even a hypothetical reversal in Georgia, which has 16 Electoral College votes, would not overturn victory by Biden, who won by a margin of 306 to 232.
Ahead of the release of the audio, Trump tweeted about the call, saying that Raffensperger ?was unwilling, or unable, to answer questions such as the ?ballots under table? scam, ballot destruction, out of state ?voters?, dead voters, and more.?
Raffensperger tweeted back, also ahead of the release of the audio, saying: ?Respectfully, President Trump: What you?re saying is not true. The truth will come out.?
After the release, the White House declined to comment.
Democrats reacted furiously.
Vice President-elect Kamala Harris slammed it as ?the voice of desperation? and a ?bald-faced, bold abuse of power by the President of the United States? during a rally in Savannah, Georgia.
One moderate Republican, Congressman Adam Kinzinger, tweeted: ?This is absolutely appalling. To every member of Congress considering objecting to the election results, you cannot ? in light of this ? do so with a clean conscience.?
It was unclear what impact the tape?s release might have on the twin runoff elections in Georgia on Tuesday, which will decide who controls the US Senate.
Both Trump and Biden are due to appear at rallies in the southern state on Monday.
Republican incumbents David Perdue and Kelly Loeffler are facing off against Democratic challengers Jon Ossoff and Raphael Warnock, respectively.
Victory by Ossoff and Warnock would give Democrats, and Biden, a major boost ? Senate seats would be evenly divided between the parties at 50 each, but incoming Vice President Harris would wield a tie-breaking vote. Democrats already control the House.
News of the Trump tape came hours after the US Congress opened its new session on Sunday.
Pelosi, the highest-ranking woman in the history of US politics, will serve another term as speaker of the House after her reelection.
Congress will convene in a rare joint session on Wednesday to certify Biden?s election result ? but it will not be the usual dry pro forma affair.
So far, 12 Republican senators loyal to Trump have announced plans to block certification, instead demanding the formation of a special commission to do an ?emergency? election audit.
With Democrats controlling the House and many Senate Republicans expected to confirm Biden?s victory, the rebel effort is all but certain to fail, but it has raised tensions on Capitol Hill.
It has also underscored a sharp divide within the president?s party, as Senate Republican leader Mitch McConnell has asked his caucus to respect the Electoral College result.
Senator Mitt Romney, the party?s 2012 presidential candidate, called the campaign an ?egregious ploy? that served only to ?enhance the political ambition of some.?
Pro-Trump protesters not quite willing to concede are expected to rally in Washington on Wednesday.
Trump, who has urged thousands to support his cause, tweeted Sunday: ?I will be there. Historic day!?