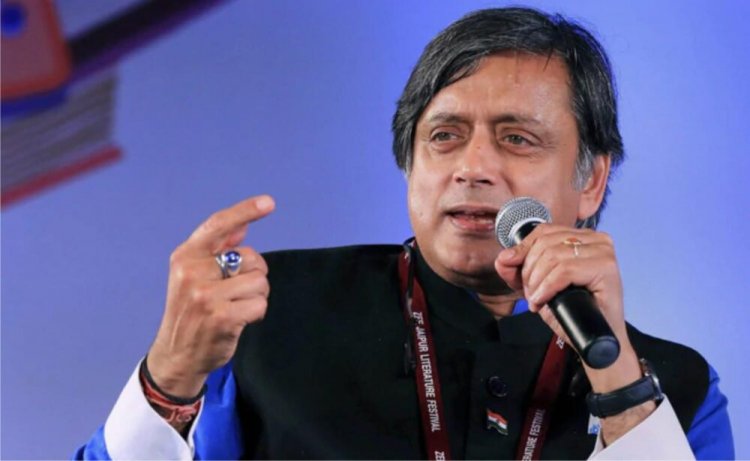 Shashi Tharoor’s World of Words is a weekly column in which the politician, diplomat and wordsmith par excellence will dissect words and language
As an Indian schooled in the English language, I have long been fascinated by its different variants in use around the world — from the Singaporean “la” suffixed to every sentence to the Australian “G’day” prefixed to every greeting. But most compelling, for me, are the multiple differences between British and American English, the two languages fighting for dominance in the Anglophone world.
In my first week on a US university campus, I asked an American where I could post a letter to my parents. “There’s a bulletin board at the Student Center,” he replied, “but are you sure you want to post something so personal?” I soon learned that I needed to “mail” letters, not “post” them (even though in the United States you mail them at the “post office”).
In Britain, one concludes a restaurant meal by asking for the bill, and conceivably paying by cheque; in America, one asks for the check and pays with bills. What the Brits call chips are fries in America; what the Yanks call chips are crisps in Britain.
An English friend of mine says that he nearly had a heart attack on a flight in the United States when the American pilot announced that the plane would be airborne “momentarily”. In British English, ‘momentarily’ means ‘for a moment’, and he says he thought the pilot was suggesting an imminent crash soon after takeoff. In American English, however, ‘momentarily’ means ‘in a moment’ and the pilot was merely appeasing the impatient passengers.
The plane took off, stayed aloft, my friend’s heart stopped thudding, and he lived to tell the tale. But he understood better than ever before the old adage that Britain and the United States are two countries divided by a common language.
Anecdotes abound about the misunderstandings that arise when foreigners come to the United States thinking that they know the language.
In one anecdote, a young man, in the course of a passionate courtship, tells his American girlfriend, “I’ll give you a ring tomorrow.” All he meant was that he would call her by telephone. But she understood him to have offered betrothal, and the relationship didn’t survive the misunderstanding.
Then there’s the hotel that failed to understand an English guest who called to say he had left his “trousers in the wardrobe”. Translators had to be summoned before the hotel staff finally cottoned on: “Oh, you’ve left your pants in the closet. Why didn’t you say so in the first place?”
Sometimes you can get the right word but the wrong concept. Our former foreign minister, M. C. Chagla, once ruefully recounted the time he wanted to order a modest bite from room service in a New York hotel and requested sandwiches.
“How many do you want?” Chagla was asked. Imagining delicate little triangles of thinly-sliced bread, he replied: “Oh, half-a-dozen should be enough.” Six sandwiches duly arrived, each about a foot long and four inches high.
The language of politics is also not exempt from the politics of language. When a Member of Parliament in Britain “tables” a resolution, he puts it forward for debate and passage; when an American Congressman tables a resolution, he kills it off. A “moot” point is one the Englishman wants to argue; but if it’s moot, the American considers it null and void.
Such differences of usage reveal something of the nature of American society.
It is no wonder, after all, that while the British “stand” for election, Americans “run” for office.
A British linguist once told a New York audience that whereas a double negative could make a positive, there was no language in the world in which a double positive made a negative. A heckler put paid to his thesis in forthright American: “Yeah, right.”
Yeah, right, indeed. With the universality of English largely a result of U.S. global dominance, it’s time for other English speakers to accept the American usage is winning worldwide. Even Indians are saying “elevator” and “apartment” rather than “lift” and “flat”. “Cookies” are supplanting “biscuits”.
And as the Americans have taught the rest of us to say: that’s O.K. Though not even they can tell us what those two initials are meant to represent.

These are the most common passwords; is yours on the list?