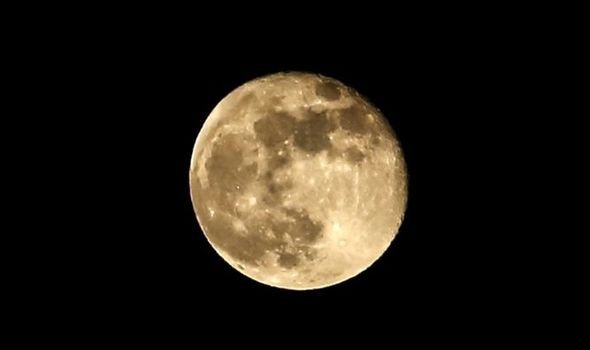 Stargazers will get to see the first of the two supermoons of 2021 today.
Tonight is officially the start of a ‘supermoon season’. On April 27, stargazers will get to see the first of the two supermoons of 2021. The second one will be on May 27. It is called a pink supermoon, and will be visible tonight and tomorrow.
“Pink moon or supermoon we are witnessing tonight means the moon is closer to the earth. The full moon is already in the sky so people can observe it very clearly and it also marks the middle of the Ramadan. Scientifically speaking, when the moon comes closest to the earth it’s called a supermoon phenomenon,” said Hasan Al Hariri CEO Dubai Astronomy Group.
Why is it called pink moon?
Al Hariri added: “Well, it is not related to astronomy. It’s kind of a folklore of native Americans, old Africans and old Europeans. They used to connect the different phases of moon to the activity or the most common things that used to happen during that period of time of the year. For example, like spring or flowers. So, such odd names are made of the almanac of farmers; every full moon in different seasons has different kind of names. That is how this kind of moon got the name as ‘pink moon’. It does not mean the moon will be pink in colour.
“Similarly, we have blood moon, wolf moon or war moon…there are plenty of names. In our region, we refer to the Manazil Al Qamar, which is a traditional Arabic astrological system. In this system, the moon is seen to move through different manazil (houses). The Arabs used to call moon with different names through this system. So, such nomenclature is connected with ancient people or the ancient calendars. I hope everybody watches the moon safely, securely from their houses without need to go anywhere,” added Al Hariri.
It was in the 1930s when the Maine Farmer's Almanac began publishing American Indian Moon names for the months of the year. According to this almanac, the full moon in April is called the pink moon, named after the herb moss pink, a plant which is native to the eastern United States and is one of the earliest widespread flowers of spring.
Depending on the region or place, there are many other names for this full moon too. Some of these include the Sprouting Grass Moon, the Egg Moon and the Fish Moon, which is common among coastal tribes of North America.
The term ‘supermoon’ was coined by astrologer Richard Nolle in 1979 and refers to either a new or full moon that occurs when the moon is within 90 per cent of perigee, its closest approach to earth. “Since we can't see a new moon (except when it passes in front of the sun), what has caught the public's attention in recent decades are full supermoons, as these are the biggest and brightest full moons for the year,” Nasa said on its website.
The two full moons of this year are virtually tied, with the full moon on May 27, slightly closer to the earth than the full moon on April 27 but only by about 157 kilometres.
In many traditional lunisolar calendars, the months change with the new moon and full moons fall in the middle of the lunar months. In the Islamic calendar, the months start with the first sighting of the waxing crescent moon shortly after the new moon. This full moon is near the middle of the holy month of Ramadan as we are experiencing now.
For Hindus, today’s full moon marks Hanuman Jayanti, the celebration of the birth of deity hanuman, celebrated in most areas on the full moon day of the Hindu lunar month of Chaitra. For Buddhists in Sri Lanka, this full moon corresponds with Bak Poya, commemorating when the Buddha visited Sri Lanka and settled a dispute between chiefs, avoiding a war.
According to the Jewish belief, this is the time to heal.
Pink supermoons are a visual treat for stargazers. You can either just look up in the sky to view or head to Al Thuraya Astronomy Centre at Mushrif Park later in the evening to look at this celestial spectacle through one of the largest telescopes in the region that has a one-metre diameter mirror. The centre opens from 7.30pm to 10pm during the holy month.