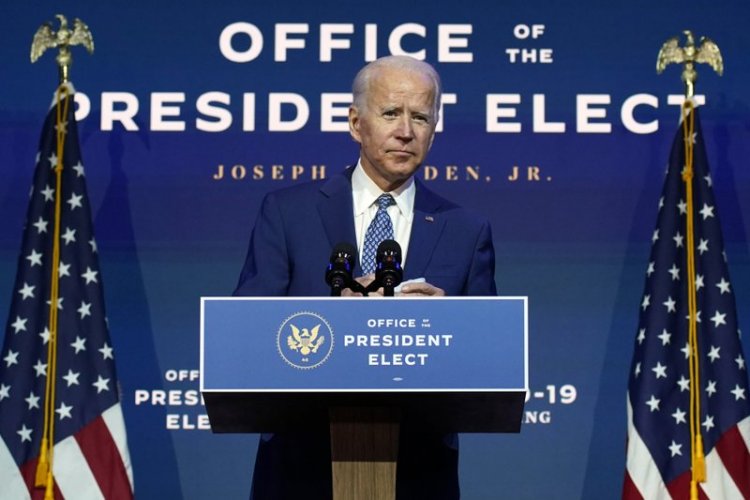 The latest on Congress’ tally of the Electoral College vote won by Joe Biden
Congress has formally validated Joe Biden’s presidential election victory on a day that saw a time-honored ceremony become a nightmare of unprecedented political terror.
Trump pledges an ‘orderly’ transfer of power to Biden
President Donald Trump for the first time acknowledged his defeat in the Nov. 3 election and announced there would be an “orderly transition on January 20th” after Congress concluded the electoral vote count early Thursday certifying President-elect Joe Biden’s victory.
Trump’s acknowledgement came after a day of chaos and destruction on Capitol Hill when his supporters stormed the Capitol, forced members into hiding and halted the formal congressional tally for more than six hours.
“Even though I totally disagree with the outcome of the election, and the facts bear me out, nevertheless there will be an orderly transition on January 20th,” Trump said in a statement posted to Twitter by his social media director. Trump’s personal Twitter account had been locked by the social media company for posting messages that appeared to justify the assault on the seat of the nation’s democracy.
Trump added, “While this represents the end of the greatest first term in presidential history, it’s only the beginning of our fight to Make America Great Again!”

1:20pm
US treasury secretary calls Capitol violence ‘unacceptable’
US Treasury Secretary Steve Mnuchin on Thursday called the violence by supporters of President Donald Trump who stormed the US Capitol building “unacceptable” and said it was “time to respect the democratic process”.
“These actions are unacceptable and must stop… Now is the time for our nation to come together as one and to respect the democratic process in the US,” Mnuchin said in a joint appearance in Jerusalem with Israeli Prime Minister Benjamin Netanyahu.

_______________________________________
1pm
Congress finalises Biden’s victory
Congress has formally validated Joe Biden’s presidential election victory on a day that saw a time-honored ceremony become a nightmare of unprecedented political terror.
The House and Senate certified the Democrat’s electoral college win early Thursday after a violent throng of pro-Trump rioters spent hours Wednesday running rampant through the Capitol. A woman was fatally shot, windows were bashed and the mob forced shaken lawmakers and aides to flee the building, shielded by Capitol Police.
The rampage began shortly after President Donald Trump repeated his unfounded claims of election fraud to thousands of rallying demonstrators he’d invited to Washington. Many then surged to the Capitol after he incited them to go there as lawmakers debated the electoral votes.
More than six hours after the violence erupted, lawmakers resumed their session.
Thirteen Republican senators and dozens of GOP representatives had planned to force debate and votes on perhaps six different states’ votes.
The assault on the Capitol made some Republicans squeamish about trying to overturn Biden’s win, and challenges were lodged only against Arizona and Pennsylvania. Both efforts lost overwhelmingly.
Biden defeated Trump by 306-232 electoral votes and will be inaugurated Jan. 20.

_______________________________________
12pm
White House officials resign after Capitol violence
White House deputy national security adviser Matt Pottinger has resigned, according to media reports, joining a number of officials who are leaving the administration of Donald Trump in the wake of violence on Capitol Hill.
Pottinger resigned on Wednesday afternoon in response to the President’s reaction to a mob of protesters who breached the US Capitol, CNN reported, citing a person close to Pottinger. Bloomberg first reported the resignation of Pottinger, a leading figure in the development of Trump’s China policy.
The White House had no immediate comment.

Vitamins and Supplements You Need to Stay Healthy