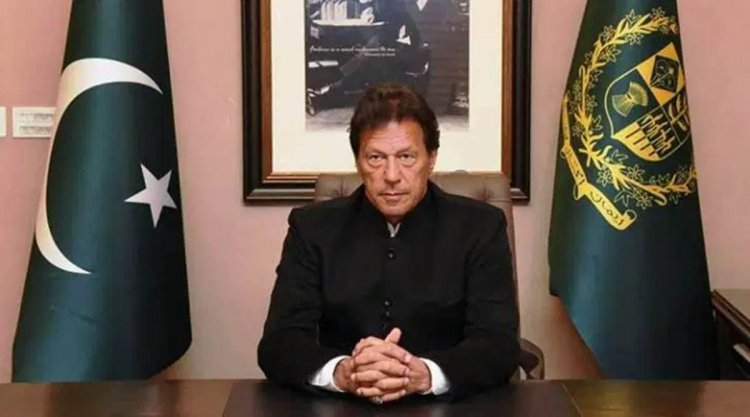 ISLAMABAD: Prime Minister Imran Khan said on Sunday he has full faith in people to help make the government’s “Koi Bhoka Na Soye” programme a success like they generously helped make Shaukat Khanum a success.
Addressing a ceremony held to mark expansion of the “Koi Bhoka Na Soye” (No one goes to bed hungry) programme to three cities of Khyber Pakhtunkhwa (KP) and Punjab, including Lahore, Faisalabad and Peshawar, he said the have-nots will benefit from it.
“The philanthropists can help the government in expanding this programme,” the PM said.
“This mobile kitchen programme aimed to provide the poor food will be promoted in phases and expanded across the country,” the prime minister announced. He said it is up to the government to lift the living standards of the downtrodden segment of society.
Prime Minister Khan said the incumbent government set up shelter houses for the homeless for the first time in the country’s history. “Labourers can now save and send home money they earn by staying at these shelter houses,” he suggested.
In addition to the shelter houses, he pointed out the government brought in health insurance cards for the first time in Pakistan’s history, under which a family can avail medical treatment of up to Rs1 million.
In the next phase, the network of hospitals will be expanded, the prime minister announced.
Khyber Pakhtunkhwa CM Mahmood Khan and Punjab CM Usman Buzdar inaugurated the programme in their respective provinces while Prime Minister Khan virtually witnessed the ceremony from Islamabad.