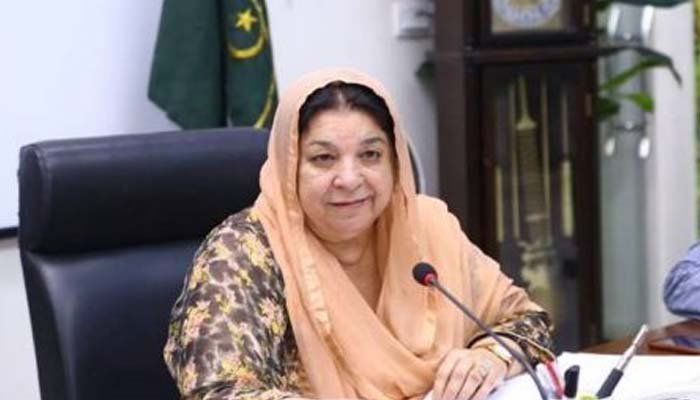 LAHORE: Punjab Health Minister Dr Yasmeen Rashid on Sunday that the number of coronavirus patients in hospitals has decreased to an extent, ARY News reported.
“On April 25, there were 1,340 patients admitted in hospitals and today, it is 1,149. Occupancy of oxygen beds was 72pc, and now it is 42pc,” the health minister said while addressing a press conference here.
The minister said that almost all ventilators in Gujranwala have been occupied, while the occupancy rate in Multan was 88 pct and in Lahore 81.5 per cent, adding that the health department was making efforts to shore up facilities.
The health minister said the ventilator occupancy rate in Multan stood at 88pc, followed by Sargodha at 80pc, Bahawalpur at 52pc, Dera Ghazi Khan at 39pc and Faisalabad at 38pc.
Health Minister She said that the government had provided 50 ventilators to public sector hospitals in Lahore.”
Rashid said that 280 beds had been added to the high dependency unit (HDU) at Lahore’s Expo Centre while 10 ventilators were also being added as a “backup option” in case the city’s hospitals were strained.
She clarified that there was no problem in meeting the province’s oxygen demands. ” The cabinet committee has given permission to get oxygen generators for the future,” the minister said.
“Our total vaccination centres right now are 135. We are adding seven more, three in Lahore and four in other big cities like Multan, Faisalabad, Rawalpindi and Gujranwala,” she said.
She revealed that the Punjab government had also started the bidding process for procuring vaccines which would be completed on May 11 and it was expected that the vaccines would be received in a month.