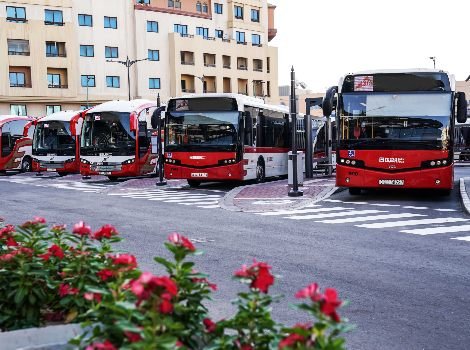 Public transport ridership almost back to pre-Covid levels, says RTA official
Authorities in Dubai have launched two new projects that use artificial intelligence (AI) to improve bus efficiency and cut down waiting times.
The Roads and Transport Authority (RTA) teamed up with Alibaba Cloud to trial the ‘City Brain’ system to manage traffic in urban areas. The system analyses big data received from nol cards, operating buses and taxis as well as the Enterprise Command and Control Centre.
This data is then used to improve bus schedules and routes. The system is expected to improve bus ridership by 17 per cent and cut down average waiting time by 10 per cent.
Second project
The second project is a remote Bus Performance Monitoring Centre at Al Quoz Bus Depot. It instantly tracks and monitors the performance efficiency of the RTA’s new 516 Volvo buses that are fitted with ‘Telematics’ system.
The system, which enhances the operational and maintenance processes, includes 47 types of alerts covering mechanical aspects, fuel consumption per kilometre, and the condition of the safety equipment on board.
It has contributed to reducing fuel consumption by 5 per cent and supported the planning for periodic and preventive maintenance of buses.
Public transport ridership back to pre-Covid levels
Mattar Mohammed Al Tayer, director-general and chairman of the board of executive directors of RTA, said public transport ridership is back to about 70 per cent of the pre-Covid-19 levels.
He also said that initiatives launched recently have helped reduce the number of kilometres travelled by 18 per cent; improve bus on-time arrival by 6 per cent; and cut carbon emissions by 34 metric tonnes.