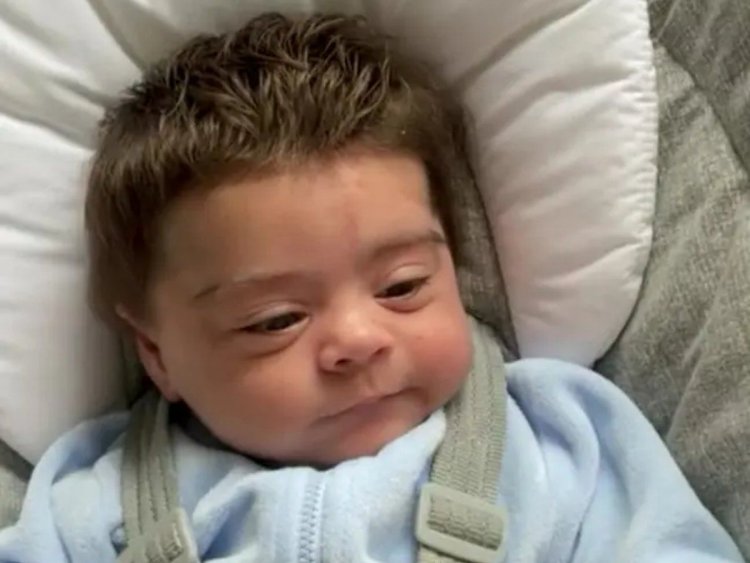 A newborn baby has gone viral owing to extraordinary thick hair on his head at the time of his premature birth, however, the condition is worrisome for the family as it is linked to a rare disease.
Tot Jaxon-James Ayers was born eight weeks premature to Shannon Ayres in Northern Ireland with surprisingly luscious locks.
Not only that he was born with thick hair, but it also emerged that it has continued to grow at an accelerated rate on both his head and across the rest of his body.
Now three months old, his mum Shannon Ayres said she loves to show him off, but was stunned by the scale of the reaction when she shared pictures of him on social media.
It has emerged that the accelerated rate of hair growth on his body was owing to a side effect of a medication used to treat a rare congenital condition called hyperinsulinism that he was diagnosed with at the time of the birth.
The rare condition affects around one in 50,000 newborn babies.
To keep his sugar levels in a healthy state, he must have regular feeds and medication known as Diazoxide. But a side effect of this is hair growth which has led to Jaxon having a ‘much more on top’ than an average baby boy.
“Hyperinsulinism affects about one in 50,000 babies. His pancreas produces too much insulin which causes his sugar levels to be extremely low and to keep his sugar levels he has regular feeds and a medication called Diazoxide, the mother said.
“The side effect to Diazoxide is hair growth, which is why the hair has grown really quickly. He has hair on his arms and legs also,” she added.