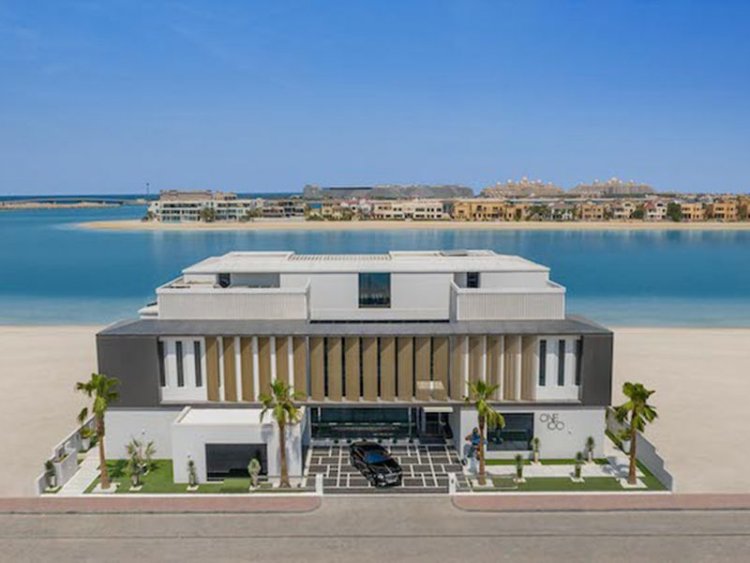 Dubai: 54 houses with $10m+ price tag sold in third quarter
Dubai villa prices are up 16.5 per cent, while Abu Dhabi residential values are up 2 per cent in the July-September quarter.
The UAE residential market staged a strong recovery as record 54 properties worth $10 million plus were sold in Dubai during the third quarter of this year, latest data shows.
Global property consultancy Knight Frank said residential property values in the UAE's two largest cities, Dubai and Abu Dhabi, have expanded at their fastest pace since 2015.
Dubai villa prices surged 16.5 per cent on a year-on-year basis during the July-September quarter while Abu Dhabi residential values rose two per cent, according to provisional data released on Wednesday.
Faisal Durrani, partner and head of Middle East Research at Knight Frank, said the market is roaring back to life.
"The emerging euphoria around the fact that the UAE has the pandemic so well and truly under control, coupled with the excitement around the much-anticipated World Expo are adding to the confidence that is taking hold in the residential market," Durrani said in a statement to Khaleej Times.
Not to be understated, but the UAE's decisive, rapid and world leading response to the pandemic has caught the attention of the world's wealthy who continue to flock to Dubai, snapping up the most expensive homes in locations such as the Palm Jumeirah and Jumeirah Bay. This has played a large part in driving up villa values, according to Knight Frank.
Durrani said villa prices in Dubai are provisionally up by five per cent in third quarter and nearly 17 per cent higher than they were at this time last year.
"Indeed, the number of $10 million plus homes sold currently stands at 54, smashing the previous record of 31, set back in 2015, and there's still three months left to run this year," he said. Unsurprisingly, the Palm Jumeirah and Emirates Hills account for almost 75 per cent of super prime home sales in the city, but "we are witnessing new Dubai submarkets such as Business Bay" join the exclusive list of $10 million plus locations.
"It was only a matter of time before the ‘halo-effect’ from Downtown Dubai spilled over to surrounding markets, highlighting that not only is Dubai’s super prime market expanding, but it is also maturing,” he added.
Ata Shobeiry, chief executive of Zoom Property, also echoes the similar sentiment.
“The market has witnessed an upward trend in the last few months as transactions for 15,596 units were recorded in the second quarter, with August showing a record double-digit growth in the villa market. The trend is expected to continue for the rest of the year and beyond with the commencement of Expo 2020 Dubai,” Shobeiry told Khaleej Times.
Abu Dhabi back in the black
Not to be outdone, values in Abu Dhabi, too, are climbing, with residential values overall enjoying their second consecutive quarter of positive year on year increases, according to Knight Frank's analysis.
Residential values in the Emirati capital are now two per cent higher than they were a year ago, with villas (3.1 per cent) experiencing stronger growth than apartments (1.8 per cent).
"As has been the case throughout the pandemic, existing and aspiring home-owners have their eyes firmly set on larger homes, whether for more room for a home office, or access to extra space, indoors, or outdoors," Durrani said.
"It really is a case of bigger is better, as has been reflected in recent rapid off-plan villa sales projects in Abu Dhabi, such as Aldar's 480-villa Noya Viva development on Yas Island, which sold out in 48 hours in April, or the more recent swift sale of all 83 villas at Saadiyat Reserve the Dunes," Durrani said.
AD transactions hit Dh23.5b in H1
Meanwhile, the Department of Municipalities and Transport (DMT) said real estate transactions in Abu Dhabi reached Dh23.57 billion during the first half of 2021. About 3,425 real estate sales transactions worth Dh9.02 billion were recorded in the capital during January-June 2021 while 3,621 mortgage deals contributed Dh14.55 billion during the period.
“Overall, 7,046 real estate transactions were recorded in the first half,” DMT said in a statement.
Dr Adeeb Al Afeefi, executive director of the Real Estate Sector at DMT, said that the emirate’s real estate market has recorded remarkable growth this year, despite the recent changes in the global markets.
“These results reflect DMT’s efforts to strengthen Abu Dhabi’s position as one of the world’s leading destinations for investment, living and stability,” Al Afeefi said.
Al Reem Island came in first place with the highest value in terms of total sales at Dh2.07 billion, followed by Yas Island (Dh1.61 billion), Saadiyat Island (Dh1.36 billion) Khalifa City (Dh388 million) and Al Raha Beach at Dh316 million, with the rest of sales distributed across other regions in the emirate

Covid-19 Virus Will Stay With Us For Next 10 Years: Biontech Ceo