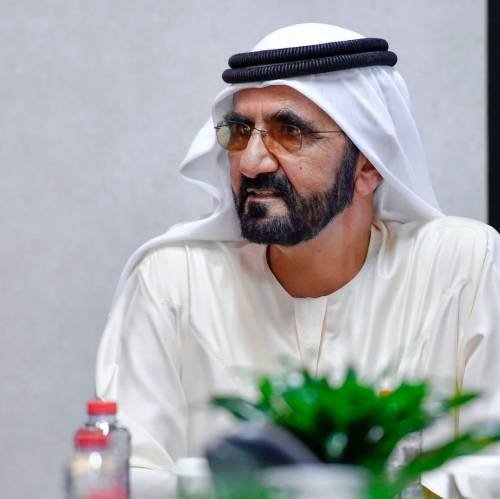 Sheikh Mohammed has directed a comprehensive evaluation of digital and smart services offered by ministries and government departments.
The UAE's five best and worst government entities for offering digital services will be announced on September 4.
His Highness Sheikh Mohammed bin Rashid Al Maktoum, Vice-President and Prime Minister of the UAE and Ruler of Dubai, has directed a comprehensive evaluation of digital and smart services offered by ministries and federal government departments.
Sheikh Mohammed stressed that providing the world’s best services is a top priority and the focus of government work in the UAE.
He said the main goal is to deliver government services via digital channels.
"Within three months, we will evaluate the success of government agencies in providing integrated digital services that reach customers wherever they are and at any time.
“Such services should enable them to complete their transactions easily, quickly and efficiently.”
He said continuous evaluation of government services is not an administrative or routine procedure, but a “constructive approach aimed at celebrating excellence” and improvement.
Evaluation process
Over 1,300 digital services offered by federal government entities would be evaluated.
It would cover customers’ opinions about the services and their satisfaction levels.
The evaluation focuses on the customer’s experience in accessing and obtaining government services via digital channels; the number of steps involved; ease of paying fees; accuracy of services offered; and speed of completion.
Naming the best and worst
This is the second time that the UAE’s government centres would be evaluated, and the best and worst named.
In September 2019, Sheikh Mohammed had announced the UAE’s five best and worst service centres.
Fujairah's Federal Authority for Identity & Citizenship was declared the best and Sharjah's Emirates Post, the worst.
A few months prior to that – in April 2019 – he had shared a photo of long queues at the Karama branch of Emirates Post that was clicked by a mystery shopper. He reprimanded the government agency and publicly shared its performance report, all in the spirit of transparency and the need for stronger customer service.
In his tweet, Sheikh Mohammed disapproved of the poor service. "This is not our level. These are not our services. Whoever provides such level of services will not be in my team," he had warned.
In July, he declared that over 600 government service centres would go under the scanner and be assessed for quality. Two months later, he announced the five best and worst centres.

Natural Remedies for Folliculitis to Cure at Home