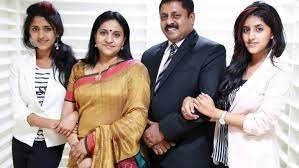 Employees who violate the new policy will have to leave the company and face legal actions.
Employees who accept or give wedding dowry will no longer have a place in Sharjah-based Aries Group.
Their ‘anti-dowry policy’, announced on the International Women’s Day in March, was formally incorporated into the employment contract this week, Aries Group CEO Sohan Roy said.
Employees who violate the new policy will have to leave the company and face legal actions. The group has also established an ‘anti-dowry cell’ to ensure full compliance with the new policy.
Dowry-related violence is widely reported in India. This week, three deaths, including a woman found dead with burn injuries, were reported from Kerala, Roy's home state.
While announcing implementation of the new 10-point policy, Roy said the anti-dowry campaign will be strengthened among all employees, including Indians, working in business branches across 16 countries.
New entrants and employees renewing their existing employment contracts will have to sign the policy.
“It is for the first time in the world that an ‘anti-dowry policy’ is being made part of an employment contract by an institution. And as an Indian institution, we are extremely proud of it,” said Roy, who is married to wife Abhini and is a father of twin daughters Nirmalya and Nivedya.
As per the new policy, any kind of harassment of housewives or their parents will result in termination of service for the employee.
“Though it is difficult to completely eradicate the cancerous dowry culture from our society, we will do everything to eliminate it from the company.”
The new policy is a 10-point charter, which includes a provision for legal and moral support to victims, formation of an anti-dowry cell with majority female staff to take decisions within 24 hours, holding awareness sessions, creation of Anti-Dowry Ambassador Award and a 2023 deadline to achieve the targets among others.
The management underlined the new initiative is a continuation of women’s empowerment programmes, including providing salaries to unemployed housewives. The Group offers a pension to the parents of employees who have completed three years of service with the company. Employees' children are also provided with education scholarships every year among many other schemes.
10-point anti-dowry policy
1. Accepting or giving dowry is considered a crime in society. Aries Group shall implement a strict anti-dowry policy for all its staff with immediate effect. No employee who takes or gives dowry in the future shall be allowed to serve Aries further.
2. All-female staff, spouses, and their parents shall be provided legal and moral support by Aries Group Management against it.
3. Even though this policy is not being implemented retroactively, any kind of harassment of wives or their parents regarding it by our staff in the future shall be considered as a violation subject to termination of service and legal measures.
4. All employees should sign the anti-dowry policy during contract signing or renewal.
5. All employees should attend anti-dowry awareness sessions.
6. An anti-dowry cell shall be constituted with female staff or staff spouses in the majority. The cell shall evaluate to take collective decisions with available members on dowry-related complaints of Aries staff/spouse within 24 hours of reporting if it is not under the court’s consideration. If the cell finds the matter as complicated, the matter shall be left for legal proceedings.
7. Any past acts committed shall be considered as a matter of character deficiency. Proper counselling shall be given to those who regret their past actions leading to family issues
8. It’s the moral responsibility of the staff to clear the financial liabilities of parents due to dowry while they are struggling if the staff was a beneficiary.
9. Aries Group commits to taking part in the anti-dowry drive in all possible ways to eradicate it from society. The Group sets 2023 as the deadline to complete the anti-dowry campaign targets within the Group.
10. An annual Anti-Dowry Ambassador Award shall be instituted and given to the best campaigner who carries out creative and effective activities to popularise this drive within and outside the Group.