UAE: 3 hurt after tanker catches fire due to an accident in Dubai 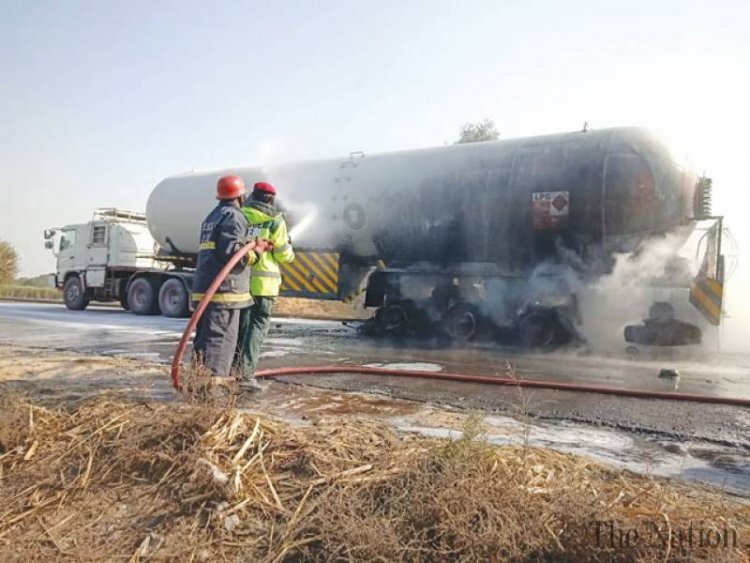 Injured undergoing treatment in a hospital
Dubai Civil Defence teams have put out a fire after a collision between a tanker carrying inflammable materials and a private vehicle shortly after midnight on Sunday.
The authorities said that three persons, who sustained minor injuries in the accident, have been rushed to a hospital and are undergoing treatment.
Dubai Civil Defence’s operation room received a call at 12:06am about a raging fire following a collision between two vehicles on Sheikh Mohammed bin Zayed Road near Ras Al Khor Street exit towards the neighbouring emirate of Abu Dhabi.
Dubai Fire Brigade personnel was rushed to the accident spot in no time, but both the vehicles were gutted by then.
Fortunately, no one was trapped inside the vehicles that went up in flames because of the collision.

UAE: Apply for 5-year multiple-entry tourist visa; here's how much it...