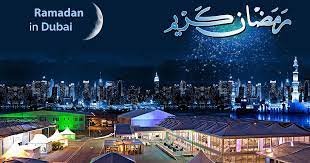 The official announcement in the UAE will only be made on Monday, April 12.
The holy month of Ramadan is expected to begin in the UAE and worldwide this week.
During this 9th month of the Islamic calendar, Muslims fast from dawn to sunset for 29 or 30 days, depending on the sighting of the crescent, and thereby the duration of the month.
Committees in each and every Muslim country will meet before the sunset on the 29th of Shabaan for the crescent sighting.
Unlike the Gregorian calendar where months have fixed days, the Islamic calendar is based on lunar cycles. Hence, its dates change accordingly. An Islamic month is 29 to 30 days long, but not 31 days.
Some Islamic countries such as the UAE mark the 28th of Shabaan today (Sunday, April 11), while other countries are a day ahead and mark today as the 29th of the 8th Islamic month.
Hence, some countries will meet on Sunday, April 11, for crescent sighting while committees in other countries (including the UAE) will meet for crescent sighting on Monday, April 12.
Scientific analysis as well studies of astronomy centres predict that the month of Shabaan will have 29th days in the UAE. Therefore, Ramadan is most likely to begin on Tuesday, April 13, in the UAE.
The chances of Ramadan beginning on Wednesday, April 14, are quite slim in the UAE
According to Engineer Muhammad Shawkat Odeh, director of the International Astronomy Center, UAE, Oman, Saudi Arabia, Syria, Jordan, Morocco, Algeria and others are expected to sight the moon on April 12.
However, the official announcement in the UAE will only be made on Monday, April 12, evening after the crescent sighting committee's meeting.

Expo 2020: Fireworks in Dubai; opening ceremony to be live-streamed in...