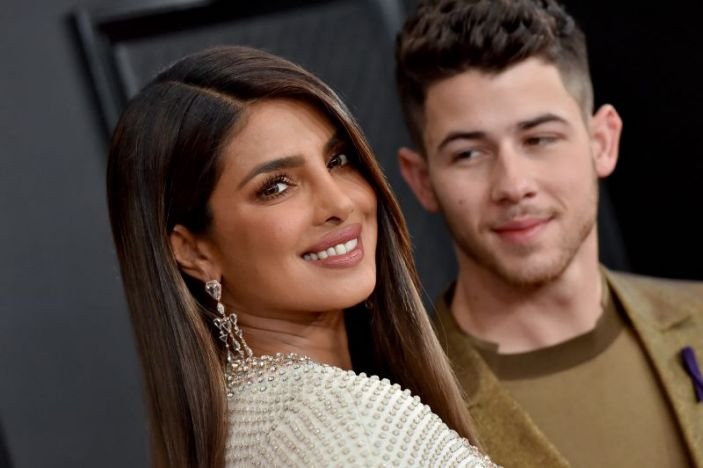 Priyanka Chopra and has  lashed out at  entertainment reporter Peter Ford for asking about her and Nick Jonas Oscars 'qualifications'.
Chopra's 27 million followers also blasted Peter Ford and forced the entertainment reporter to set his Twitter account to private.
The Morning Show contributor had questioned whether the actress and her pop star husband Nick Jonas were qualified to announce Oscar nominees.
He wrote: 'No disrespect to these two but I’m not sure their contribution to the movies qualifies them to be announcing Oscar nominees.'
In response, Nick Jonas' wife retweeted Ford, and noted her extensive list of film credits.
Priyanka wrote: 'Would love your thoughts on what qualifies someone. Here are my 60+ film credentials for your adept consideration.
'Who's this guy from Down Under claiming to be "the most well known entertainment reporter from Aus & NZ?"' asked one of  'Baywatch' star's defenders.
Ford's 25-plus year career in entertainment journalism includes stints on top Australian talk stations such as 3AW, 2GB, 6PR and 5AA
The altercation started when Ford tweeted a promotional photo of Chopra and Jonas with an Oscars statue ahead of their official role.
Chopra's IMDb page lists 78 projects in which she's performed as an actress, including TV shows, music videos and a videogame.

10-day mourning in Dubai as Sheikh Hamdan passes away