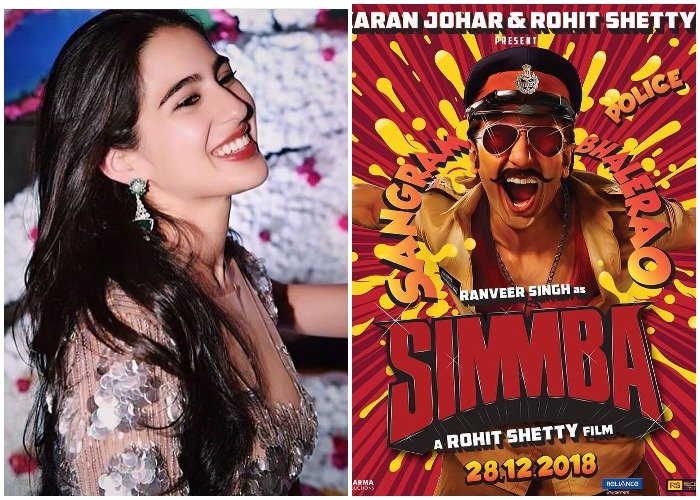 Ranveer Singh and Rohit Shetty manage to outdo themselves in this cop drama.

The myriad expressions that flit across Ranveer Singh?s face in the first half of Rohit Shetty?s revenge drama Simmba alone deserve a few stars, if you ask us. Such is Singh?s skillful portrayal of the navras that even a Kathakali dancer would turn green with envy!
As the corrupt Inspector Sangram Bhalerao, Singh plays to the gallery in Simmba, with his comic buffoonery keeping everyone from his fellow cops to the villains entertained. He is a police officer who has no qualms in announcing to all and sundry that he is in it for the money. Whether it is the dreaded local goon Durva Ranade (a very impressive Sonu Sood), or a hapless old man who is forced to sign over his property to the villains, Singh demands his pound of flesh and ensures he gets a cut on every deal, that is until he has a change of heart following a sexual assault case. How Inspector Bhalerao turns from a corrupt officer with a heart of gold into an avenger who goes after the men who have dared to lay a hand on his ?sister? forms the crux of the plot.
Ranveer Singh proves a complete package ? here?s an actor who can dance like nobody?s business, do action scenes like a true star, crack jokes with ease and when the situation demands it, specially in the second half of the movie, showcase enough gravitas to make us sit up and take note.
Sara Ali Khan as Sangram?s love interest Shagun shows great presence. She is chirpy, and dances like a dream and has great chemistry with Singh, but she doesn?t have much to do and somewhere along the movie, we even lose sight of her, until she reappears towards the end along with her girl gang. It is to Shetty?s credit again that despite having a macho hero like Singh take centre stage, there are enough female characters to get the emotions going. In fact there are so many sister figures for the rowdy Bhalerao that at times his girlfriend fades into the background.
Rohit Shetty does not veer from his super successful tried and tested formula in Simmba ? there is enough action, comedy, drama and foot-tapping music and dance to keep even the thought of a yawn at bay.
Though the movie might be a tad longer than required and could have done with a bit of tight editing towards the latter half, who can deny the charisma of Rohit Shetty?s favourite, Ajay Devgn, who has an extended cameo as Inspector Bajirao Singham. It is to both Singh and Devgn?s credit that they are able to stand tall and impart an extra dose of high-octane energy to the latter half of the movie.
Just when you think you?ve had enough of drama, Shetty pulls the coup of the year with an announcement of the next Singham/Simmba installment and we won?t ruin the surprise for you by revealing who the Khiladi in Khaki is going to be!
If you are on the lookout for a totally masala, paisa vasool movie to end the year with a bang, we recommend you watch Simmba. The melodramatic, over-the-top film is sure to leave you on a high.