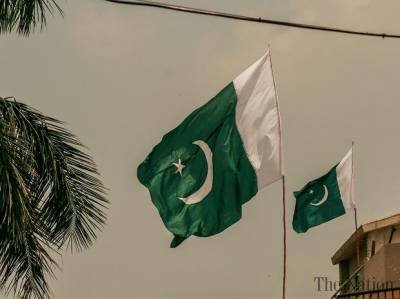 PAKISTAN WOULD HAVE BEEN ON WHITE LIST IF FATF DECIDED ON TECHNICAL GROUNDS: SHAH MAHMOOD
MULTAN: Foreign Minister Shah Mahmood Qureshi has once again raised fingers on FATF’s decision against removing Pakistan from the grey list and said that if it was a technical decision then the country would have been added to the white list, ARY NEWS reported on Sunday.
“Now FATF members and the world has to decide if it is a technical or a politically motivated forum,” he said while addressing media in Multan.
The foreign minister said that even FATF members have admitted that Pakistan has shown compliance on 26 out of 27 points of the action plan from the anti-money laundering watchdog.
He further rejected that the PTI government is responsible for the inclusion of Pakistan on the FATF grey list and said that it was during PML-N’s tenure when the country was added to the list.
“Rather during our tenure, we amended 14 laws and introduced some new ones to show compliance on FATF action plan,” Shah Mahmood Qureshi said.
Speaking on South Punjab issues, Shah Mahmood Qureshi said that a piece of land has been identified for the Bahawalpur secretariat and after the South Punjab secretariat in Multan, its foundation would also be laid by the incumbent government.
“We have identified a 30-acre land in Bahawalpur for a secretariat and soon its foundation will be laid,” he said.
The foreign minister said that establishment of a GOR and a secretariat will be established on 63-acre land that has been transferred for the purpose.
He said that Rs189 billion has been earmarked for South Punjab uplift projects and they would ensure at the money is spent on the projects announced.
“We have fulfilled our promise of a separate development plan for South Punjab and will ensure that every single penny of it would be spent by the end of the fiscal year,” the PTI vice chairman said adding that being the top party leader he is responsible for ensuring enforcement of PTI’s political agenda.

UAE: Apply for 5-year multiple-entry tourist visa; here's how much it...