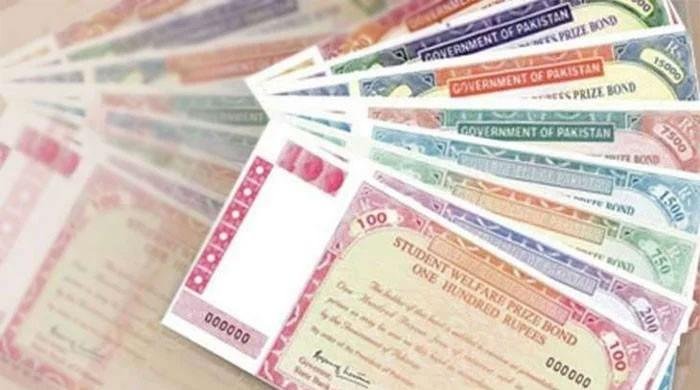 ISLAMABAD: The federal government has decided to discontinue Rs7,500 denomination prize bonds from January 2022 in order to address concerns of the Financial Action Task Force (FATF), ARY News reported on Thursday.
The federal government has decided to discontinue Rs25,000 denomination prize bonds and a notification was also issued by the finance ministry which announces a deadline of December 31, 2021, for its encashment.
After the deadline, Rs7,500 prize bonds will be discontinued from January 1, 2022, whereas, the lucky draw for the said category of prize bonds will not be held on May 1 and the money will be transferred to a bank account after returning the bond.
Read: Government bans sale of Rs25,000 prize bonds
It may be noted here that the federal government discontinued Rs15,000, 25,000 and 40,000 prize bonds in order to eliminate corruption and money laundering. For Rs15,000 prize bonds, the government issued orders to encash the bonds till June 30 besides ending its lucky draw.
The decision to end the said categories of prize bonds was taken to remove concerns of the FATF that has put Pakistan on its grey list over reported failure to check money laundering and terror financing.