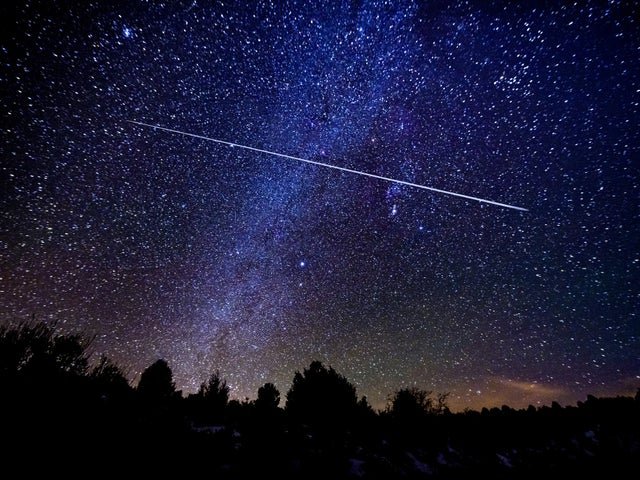 It is considered one of the best annual meteor showers
Skygazers are in for a New Year 2021 treat. The Quadrantids meteor shower will peak on the night of January 3 until the dawn of January 4 in the UAE.
According to NASA, Quadrantids are ?considered to be one of the best annual meteor showers?.
Unlike other meteor showers that tend to stay at their peak for about two days, the peak period of the Quadrantids only lasts a few hours.
During its peak, 60 to 120 meteors can be seen per hour ?under perfect conditions?, NASA said.
The Geminid meteor shower had wowed UAE residents in December 2020
Do you need a special equipment to see the show?
You don?t need any special equipment or a lot of skills to view a meteor shower. All you need is a clear sky, lots of patience and a handy interactive meteor shower sky map with a visibility conditions meter.
These tips can help maximise the shooting star viewing experience:
>> Find a secluded viewing spot, away from the city lights. Once at the venue, one?s eyes may take 15 to 20 minutes to get used to the dark.
>> Dress for the weather, especially if you plan to stay out long. Bring a blanket or a comfortable chair.
>> After identifying the viewing spot, lie down on the ground and look up in the direction of the radiant. Use the interactive meteor shower sky map to find the current direction of the radiant in the sky.
The Dubai Astronomy Group is organising a paid stargazing party at Wadi Shawka ? Ras Al Khaimah to observe the Quadrantids meteor showers on January 3.
History
Adolphe Quetelet of Brussels Observatory discovered the shower in the 1830s and shortly afterward it was noted by several astronomers in Europe and America.
Thus, they were christened ?Quadrantids?. Even though the constellation from which these meteors appear to radiate no longer exists, the shower?s original moniker continues to this day.