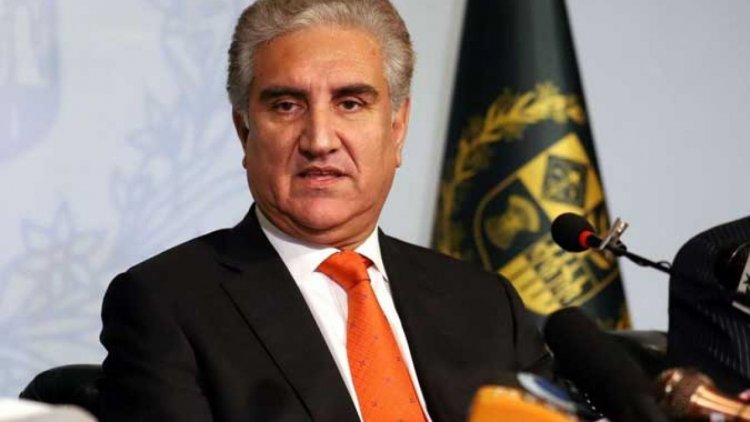 ISLAMABAD: Foreign Minister Shah Mahmood Qureshi said that a meeting between Indian Prime Minister Narendra Modi and pro-India Kashmir leaders on Thursday have rejected the August 05 actions in the occupied territory, ARY NEWS reported on Friday.
Speaking to the media, the foreign minister said that Modi admitted distances between Delhi and Kashmir and the meeting failed in its attempt to give an impression of normalcy returning to the Indian occupied territory.
“Yesterday’s interaction was a ploy that failed to achieve anything,” he said adding that atrocities against Kashmiris in the last two years have tainted the credibility of India, besides also raising questions on PM Narendra Modi.
He said that even the Indian prime minister had to admit that Kashmiris are annoyed with August 05 actions.
While reiterating that the Kashmir issue would be resolved as per the wishes of the people of the occupied territory, he said that the major stakeholder on the issue, Hurriyat leadership, was not invited for talks on Kashmir with Narendra Modi.
“It makes it more evident that Kashmiris do not trust the Indian government,” he said.
The foreign minister further shared how Indian actions have ruined the economy in the occupied territory and said that revenue from tourism, fruit and industry have stopped owing to Indian atrocities.
“The extrajudicial killings are also ongoing in occupied Kashmir,” he said adding that yesterday’s meeting also called for the release of Hurriyat leaders and an end to human rights abuses in the region including extra-judicial murders.
Shah Mahmood Qureshi said that Pakistan has raised the issue of demographic changes in Kashmir at every global forum including the United Nations and international powers have also rejected unilateral Indian actions of August 05.

Benefits Of Hiring An Internet Developer For Website Development