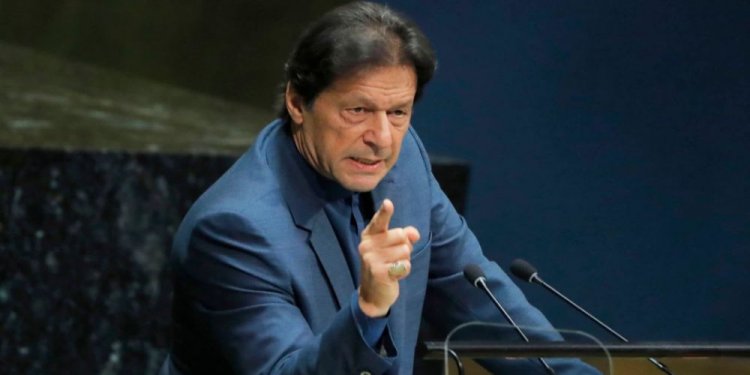 'Government will not allow this scourge of terrorism to rise again'
Pakistan's Prime Minister Imran Khan on Thursday condemned Quetta blast that killed four people and injured 12 others.
Khan tweeted that his government wouldn't allow terrorism to rise again, and it would remain alert to all kind of threats.
“I'm deeply saddened by the loss of innocent lives in the condemnable and cowardly terrorist attack in Quetta on Wednesday. Our nation has made great sacrifices in defeating terrorism, and we won't allow this scourge to rise again. We remain alert to all internal & external threats,” Khan tweeted on Thursday morning.
On Wednesday night, four persons were killed, and 12 others were injured after a blast in a vehicle at the parking lot of Serena Hotel in Quetta.
According to initial investigations, the blast seemed to be a Vehicle Based Improvised Explosive Device (VBIED), said Azhar Akram, Deputy Inspector-General of Quetta.
Pakistan's Interior Minister Sheikh Rashid Ahmed told a TV news channel that there were reports that the anti-Pakistan elements were active, and more terrorist activities could take place in big cities such as Islamabad, Rawalpindi, Peshawar and Karachi. He said an alert has already been issued in this regard.

Priyanka Chopra lambastes reporter Peter Ford for questioning her and...