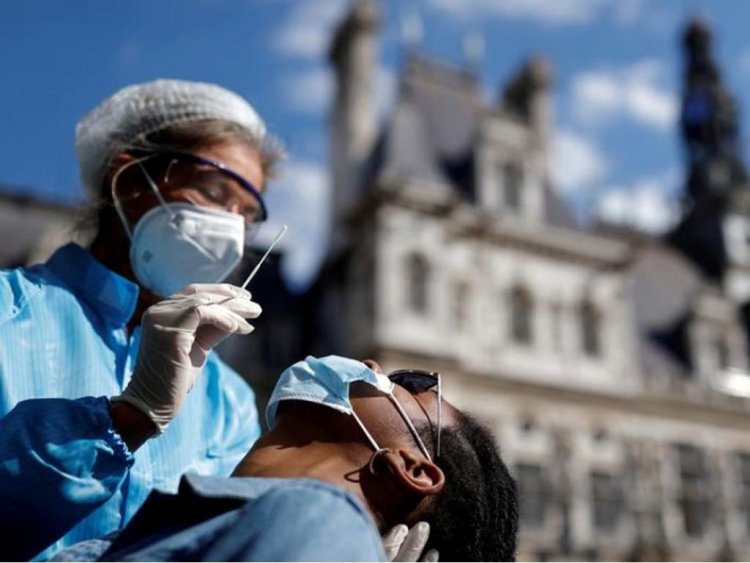 Worldwide, the number of new daily infections has more than doubled since mid-February.
Worldwide Covid-19 cases passed 150 million on Friday, according to an AFP count, with numbers soaring recently due to a relentless second wave in India.
150.3 million cases have been declared since the virus was first discovered in China in December 2019, according to an AFP compilation of official data.
Worldwide, the number of new daily infections has more than doubled since mid-February.
After the second wave from October to January, the figure had slowed to a little over 350,000 a day. It is now 821,000 a day.
In India, 2.5 million cases have been detected over the past seven days, an average of 357,000 a day — 30 times as many as in mid-February.
The explosion in infections has been blamed in part on a new virus variant, but also on failure to follow virus restrictions, the World Health Organization said Thursday.
The countries in the world with the highest total number of recorded cases are the United States (32.3 million), India (18.8 million) and Brazil (14.6 million).
Taking into account population, the most-affected countries are Montenegro (15,457 cases per 100,000 residents), the Czech Republic (15,207 per 100,000) and Slovenia (11,513 per 100,000).
Largely due to India, Asia is the continent on which most of the new daily cases are appearing, and on which the pandemic is accelerating the fastest, with new cases up 28 percent compared to the previous week.
Africa is the only other continent where new daily cases are increasing — but only by three percent.
In Latin America and the Caribbean, new daily infections have stabilised, and the figure is decreasing in Europe (down by 18 percent) and in the United States (down by 12 percent).
Since the discovery of the virus, more than a third of worldwide cases have been recorded in Europe — over 50.2 million.
The United States and Canada are the second most affected continent, with 33.5 million, followed by Latin America and the Caribbean (28.7 cases) and Asia (25.6 million).
Almost 3.2 million deaths linked to Covid-19 have been recorded across the globe.

Ramadan work timings in UAE: How overtime is calculated