Expo 2020: Fireworks in Dubai; opening ceremony to be live-streamed in 430 locations 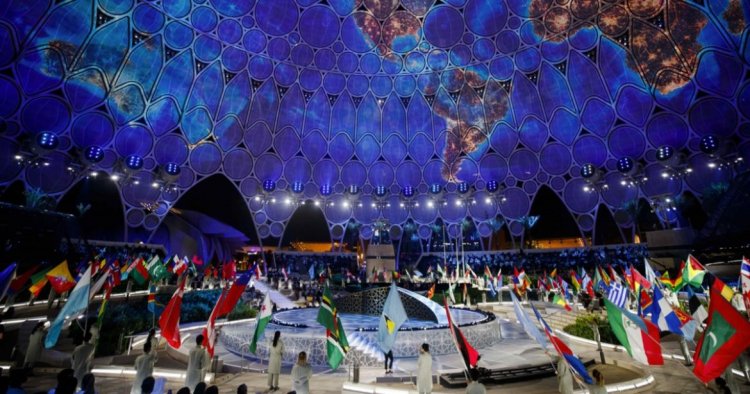 Screens will be set up at airports and shopping malls to hotels and other landmarks.
Expo 2020 Dubai’s star-studded opening ceremony will be streamed live to more than 430 locations across the UAE, giving all the chance to participate in the mind-blowing spectacle, wherever they might be.
There will also be three spectacular fireworks displays on October 1 to mark the first full day of the Expo, which is the largest global event held since the start of the pandemic.
On Thursday, September 30, the opening ceremony will take place, with the organisers thanking the nation for its support and inviting everyone to come together to celebrate this momentous occasion for Dubai, the UAE and the region as a whole, it was announced.
Screens will be set up in locations ranging from airports and shopping malls to hotels and other landmarks, relaying the incredible music and cultural performances as they happen.
Expo 2020 Dubai: 6-day leave announced for govt employees
Viewers from anywhere in the world can also join the evening’s proceedings via a global live stream, available on virtualexpo.world and Expo TV from 1930 GST onwards.
Among those slated to perform are world-famous tenor Andrea Bocelli; Grammy-nominated, Golden-Globe-winning actress, singer and songwriter Andra Day; platinum-selling British singer-songwriter Ellie Goulding; international mega-star pianist Lang Lang; and four-time Grammy winner Angelique Kidjo.
The fireworks display will take place on the evening of Friday 1 October, kicking off at 8.30 pm (local time), at Dubai Festival City, The Frame and The Pointe, Palm Jumeirah, with each presenting their own unique celebrations. Both The Pointe and Dubai Festival City will incorporate their fountains into a dazzling light and sound show themed on Expo 2020, while The Frame façade will be lit up in Expo colours. The flags of participating countries will also be displayed, with booths on the ground for purchasing Expo 2020 tickets.
The roster of streaming locations for the opening ceremony covers more than 240 hotels nationwide, including Emaar’s Rove, Armani, Address Hotels & Resorts, and Vida Hotels & Resorts, as well as Accor, Marriot, Hilton, IHG, Rotana, Jumeirah, Hyatt International and Atlantis The Palm.
In addition, 17 Majid Al Futtaim malls, plus City Walk, Nakheel Mall and Ibn Battuta Mall, as well as 50 Jashanmal locations across Dubai and Abu Dhabi, 97 Mediclinics, Dubai and Abu Dhabi International Airports and Zabeel Ladies Club and Sharaf DG will also stream the experience.
Expo 2020 Partners are also offering their invaluable support, with many including Dulsco, Terminus Group, L’Oreal and Nissan, hosting opening ceremony viewing parties for their staff. Emirates, the official airline partner of Expo 2020 Dubai, will stream proceedings across its first and business class lounges, both local and international.
Adding to the evening’s magic, viewings will take place at various locations in Umm Al Quwain, Yas Plaza in Abu Dhabi and in Ras Al Khaimah including the Corniche, Al Marjan Island and Manar Mall. Ajman Heritage District and Fujairah Fort will also host a live broadcast, accompanied by an evening of other festivities that include a mini village, folklore bands, traditional crafts, heritage displays and traditional food.