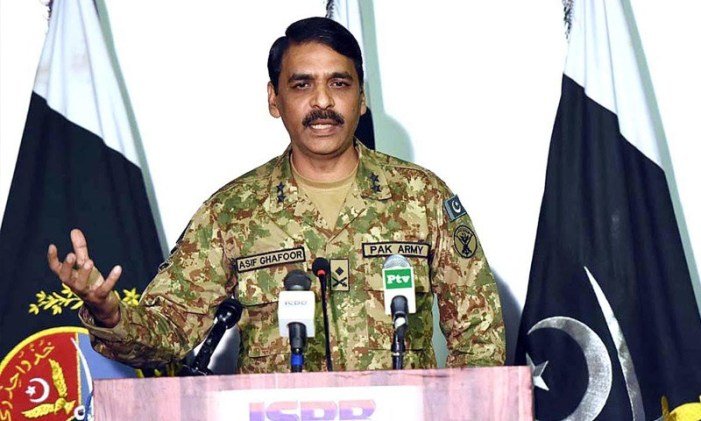 ?We have no intention to initiate war, but we will respond with full force.?
Pakistan will respond to any attack by India with ?full force?, the army?s spokesman said on Friday, amid heightened tensions between the two nuclear-armed neighbours over Kashmir.

?We have no intention to initiate war, but we will respond with full force to full spectrum threat that would surprise you,? Ghafoor told reporters in the garrison city of Rawalpindi. ?Don?t mess with Pakistan.?

He also offered talks with India on all issues, including terrorism, which India has always sought as a pre-requisite to any dialogue between the two arch-rivals.

India and Pakistan have fought two wars since independence in 1947 over Kashmir, which both the countries claim entirely.

?Kashmir is a regional issue,? he said. ?Let us talk about it. Let us resolve it.?

India blames Pakistani Islamist militant groups for infiltrating into its part of Kashmir to fuel an insurgency and help separatist movements.

Washington and Delhi allege that the Pakistani army nurtures the militants to use them as a foreign policy tools to expand power in neighbouring India and Afghanistan. The army denies that.

One such group is Lashkar-e-Taiba (LeT), which India blamed for attacks in Mumbai in 2008 which killed 166 people, saying its founder, Hafiz Saeed, was the mastermind.

The United States has offered a $10 million reward for information leading to his conviction over the Mumbai attacks.

Pakistan has put him under house arrest several times and banned his Islamist groups, Jamaat-ud-Dawa (JuD) and Falah-e-Insaniat Foundation (FIF), which the United States and the United Nations say are terrorist fronts for the LeT.

Islamabad reinstated the ban on the groups yet again on Thursday, but Saeed remains free, allowed to roam the country and make public speeches and give sermons.