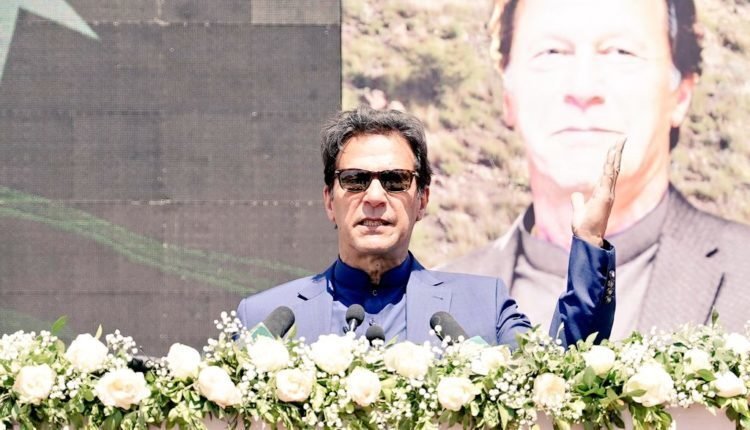 ISLAMABAD: Prime Minister Imran Khan chaired Wednesday the ceremony to perform the groundbreaking of rehabilitation and upgradation of Jhal Jaho Bela Road in which he shall address shortly, ARY News reported.
The 80-kilometre road in the Awaran district of Balochistan is a project of the Balochistan government to be completed by the National Highway Authority.
The two-lane road project is said to finish within three years starting now. It comes at a cost of over Rs11 billion.
Upon completion, it is intended to augment the socio-economic state of the region. The communication ministry overseeing the project says industrial, trade, agriculture, tourism and cultural activities in the province will see surge after the completion.
This will also generate three thousand job opportunities for the local people, the ministry said.
Jhal Jaho Bela road is considered to be of immense importance to further the trade prospects with Iran, Afghanistan and Central Asian States.
Separately reported from the PM Office, Imran Khan chaired yesterday a meeting to mull over a proposal regarding extension in the tenure of the incumbent National Accountability Bureau (NAB) Chairman Justice (retd) Javed Iqbal.
According to sources privy to the details of a meeting chaired by Imran Khan, the discussion on extension and fresh appointment of chairman NAB remained futile and today’s session ended without any decision.

Benefits Of Hiring An Internet Developer For Website Development