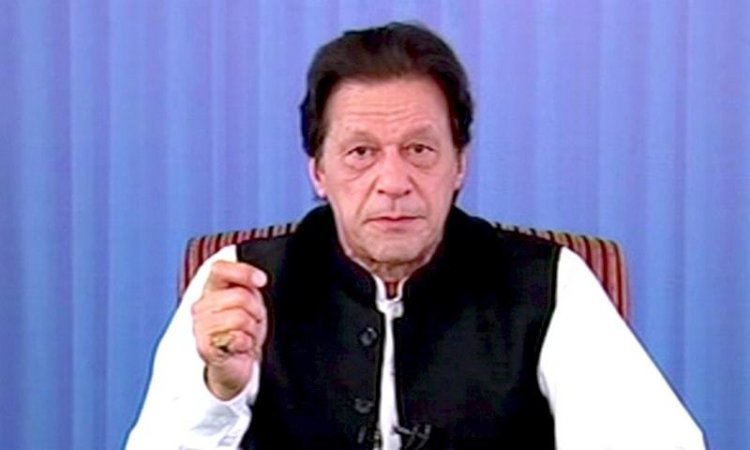 PM IMRAN KHAN TO PERSONALLY OVERSEE PROCESS OF BUDGET PASSAGE: SOURCES
ISLAMABAD: Prime Minister Imran Khan has postponed a meeting of the federal cabinet in order to focus his entire attention towards the passage of the federal budget for the fiscal year 2021-22, ARY NEWS reported on Monday citing sources.
According to sources privy to the development, the federal budget for FY2021-22 would be tabled in the National Assembly today and the prime minister has directed all federal ministers to remain in Islamabad on the occasion.
“The cabinet members will be in the Parliament tomorrow,” they said adding that Prime Minister Imran Khan would also sit in his chamber to monitor the entire process.
The prime minister has asked state minister Aamir Dogar to ensure the presence of lawmakers in the assembly.
Besides this, the prime minister would also be giving a reception to the MNAs of the PTI and other coalition parties before the budget passage.
It is pertinent to mention here that amidst ruckus by the opposition, Finance Minister Shaukat Tarin unveiled on June 11 the federal budget 2021-22 in the National Assembly.
Addressing the budget session, Shaukat Tarin said that the Pakistan Tehreek-e-Insaf government inherited a crumbling economy that forced the government to take tough decisions.
“PM Khan took out the ill economy from the ICU with his difficult decisions,” he said and added that the premier is not afraid of making the tough decisions.
Sharing the achievements of the incumbent government, Shaukat Tarin during the budget speech said that tax collections saw an 18 percent increase last year as the country crosses the limit of Rs4000 tax collection. “We have made 75 percent more tax refunds,” he said.