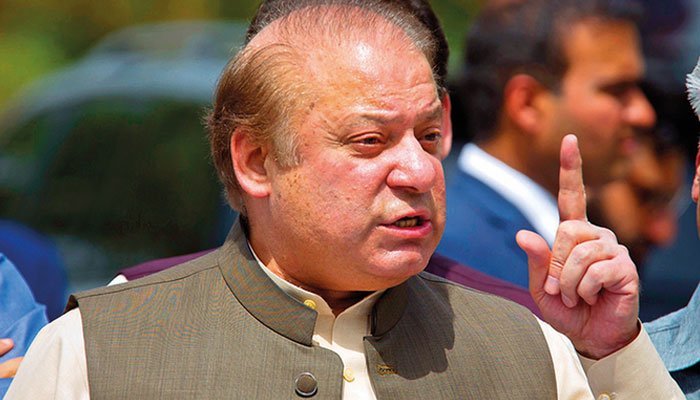 Pakistan?s information minister said on Friday that Islamabad has started the legal process to reach an extradition treaty with Britain that would pave the way for the UK to hand over former Prime Minister Nawaz Sharif.

The development comes after a top Pakistani court earlier this month declared Sharif, who lives in self-imposed exile in London, a fugitive from justice for failing to return home to face additional corruption charges.

Information Minister Shibli Faraz said that it?s the responsibility of British authorities not to allow ?convicted criminals like Sharif? to remain there. Sharif was sentenced to seven years in prison in a separate case, for corruption and money laundering in 2018.

?We are trying, we have tried and we will try? to bring back Sharif, Shibli said in the interview.

Pakistan currently has no extradition treaty with Britain. There was no immediate comment from the UK on the development. The process will likely take years and could face stiff resistance in parliament.

Khan refuses to resign, and the opposition has vowed to walk out of parliament and provincial assemblies in 2021 to force early mid-term elections. Khan says the elections would be held ? but only to fill seats vacated by opposition members.

The 70-year-old Sharif, who ruled the country three times as prime minister, fell from grace after the country?s Supreme Court ousted him from office over corruption allegations in 2017. Pakistani authorities in November 2019 temporarily released him on bail amid deteriorating health so that he could travel and seek medical treatment abroad. At the time, another court permitted Sharif to leave the country for four weeks, with the option to extend the time abroad if he was not able to travel afterward.

In 2018, Sharif was sentenced to seven years in prison for corruption and money laundering. That case was separate from the one pending against Sharif. He has also appealed against his conviction and the Islamabad High Court is now to decide how to handle the appeal in Sharif?s absence.

Sharif?s party lost the elections in 2018, a vote that saw popular former cricket player Khan become the premier after his party narrowly won parliament majority. Khan has said he wants Sharif brought back to Pakistan for trial.

Faraz said Sharif?s family had initially threatened the authorities that ?if something happens to him, we will be responsible.?