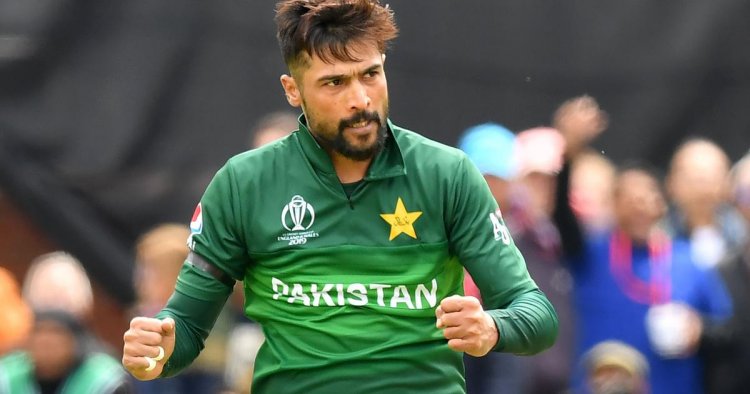 Pakistan fast bowler Mohammad Amir has announced his retirement from international cricket at the age of 28, the country?s cricket board (PCB) said on Thursday.

?(Amir) confirmed to the PCB chief executive that he has no desires or intentions of playing international cricket and, as such, he should not be considered for future international matches,? the PCB said in a statement.

?This is a personal decision of Mohammad Amir, which the PCB respects.?

?To be honest, I don?t think I can play cricket under this management, I am leaving cricket, for now, I am being mentally tortured, I cannot handle it, I have seen it enough from 2010-2015. I have to repeatedly hear that PCB invested a lot in me, I am thankful to Shahid Afridi as he gave me chances when I came back after the ban,? said Amir in a video that has now gone viral on social media.

?Everyone wants to play for their country, they just keep saying that I left Test cricket for other leagues around the world, I made the comeback through BPL, if I was dying for leagues then I could have said I don?t want to play for Pakistan. Every month there is someone who is saying Amir ditched us, in two days I will reach Pakistan and then I will release a statement,? he added.

Although in the video, Amir can be seen as saying that he is leaving cricket and he will make an official statement after reaching Pakistan and speaking to his family, Pakistan media house Samaa.tv reported that Amir has indeed announced his retirement from international cricket.

The Pakistan pacer played 36 Tests, 61 ODIs, and 50 ODIs. Amir went on to take 259 wickets across three formats of the game.

Amir had played his first international match during the 2009 T20 World Cup and he was a part of the T20 World Cup-winning Pakistan squad. Later in the same year, he went on to make his debut in ODI and Test cricket.

However, a big turning point came in 2010 as Amir was arrested for spot-fixing and he was given a five-year ban for bowling two deliberate no-balls in a Test match against England. Amir had pleaded guilty to the verdict handed out by his prosecutor, and he publicly asked for forgiveness. In 2011, Amir was then convicted at Southwark Crown Court, along with Salman Butt and Mohammad Asif, of conspiracy charges relating to spot-fixing.

He was also given a five-year ban for his involvement in the spot-fixing scandal. In 2015, it was announced that Amir would be allowed to make an early return to domestic cricket. He then returned to play for Pakistan on their tour of New Zealand in 2016.

Last year, Amir had announced his retirement from Test cricket in order to focus on white-ball cricket. He called time on his career after playing just 36 Tests, in which he scalped 119 wickets.

In November this year, Amir was dropped from Pakistan?s T20 squad for the three-match series against New Zealand. He was last seen in action in the Lanka Premier League and he represented Galle Gladiators.

Speaking to ANI earlier this month, Amir revealed that he spent most of his time training during the lockdown to remain in the best possible shape.

?Yes, the time has been tough for people and sports took a backseat for a while during the lockdown. As a professional cricketer, I did whatever I could, in a limited capacity, to keep myself fit and it also gave me time to think about my game. But things have slowly started to move on, and here we are at the Lanka Premier League today. It is a new league, happening under some really challenging circumstances, but it is going on well, there are some really good performances from so many players,? he had said.

Make Use Of Natural Remedies For Lichen Planus Scars

What To Look For During A Web Hosting Package?