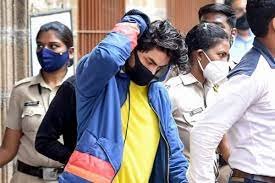 Two others arrested in connection with the case were also granted bail
The Bombay High Court on Thursday granted bail to Aryan Khan, who has been in police custody since India's Narcotics Control Bureau (NCB) conducted a raid on a cruise ship on October 2.
Two others, Arbaaz Merchant and Munmun Dhamecha, were also granted bail.
Several people were arrested in connection with the case. A special court had rejected Aryan's bail plea on October 20. Aryan then approached the Bombay High Court for an urgent bail hearing.
Mukul Rohatgi, the former attorney general who is representing Aryan, told the court on Tuesday that he had been invited as a special guest, did not have any drugs in his possession and was arrested wrongly
Rohatgi also asserted that despite the NCB conducting a search, no drugs were recovered from Aryan.
Amit Desai, another senior lawyer, told the court that NCB was holding them in custody only on the basis of WhatsApp chats.
“There are no WhatsApp chats supporting the conspiracy theory,” he said.