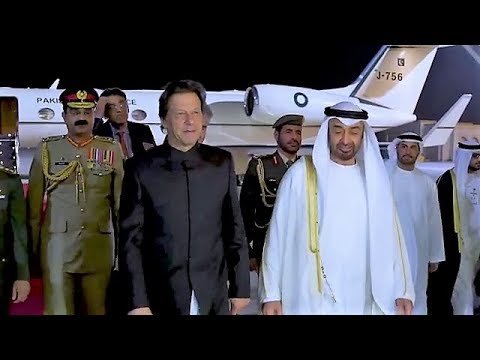 As Imran looks to the bright future, he couldn?t help but remember the golden years in the ?60s.

Prime Minister Imran Khan is certain that the future is rosy for Pakistan, and he is urging investors ?not to miss the boat?.

As he took the World Government Summit stage on Sunday, the recently elected leader said: ?This is the time to come to Pakistan. The country is going on the upswing. Don?t miss the boat.?

An ambitious reform programme has been rolled out in the country, Imran said, and the government is prioritising investments in health and education.

?The state must take responsibility to eradicate poverty. We are all set to start a reform programme in Pakistan. Reforms are painful, but essential,? he said. ?I do not believe in a society where the rich get richer, and the poor continue to suffer. Distribution of wealth should be equitable.?

The government, under the former cricketer, is determined to improve infrastructure, attract foreign investments and ease visa policies to maximise the country?s tourism potential. In fact, ?a total of 70 countries can now get a visa on arrival in Pakistan?, he said.

As Imran looks to the bright future, he couldn?t help but remember the golden years in the ?60s, when Pakistan was hailed as the fastest growing nation in Asia.

?Pakistan was a country of optimism and hope,? said Imran.
And if there?s any lesson he would take from his sport to the seat he has taken as the head of government, he said it would be: ?You only lose when you give up.?

Being a speaker at the summit in Dubai had taken him back to his good ol? cricket days, when he was representing Pakistan in tournaments held in the UAE. He marvelled at how the Emirates has grown exponentially since the ?80s, making it one of the world?s leading countries today.

?You must be wondering how a cricketer like me ended up in politics, and how I eventually became the prime minister.? Imran said he decided to launch a career in politics after he lost his mother to cancer.

?I realised that Pakistan did not have a cancer hospital. I could afford to take my mother abroad for treatment. But what about the common man?? he asked.

?Like any country, Pakistan, too, suffered several years of a down cycle. We are a community of generous and strong people. We are in the top five in terms of charitable contributions. However, taxes were not being paid. This happened because people did not trust the government, due to rampant corruption.?

Imran vowed to turn things around and tap into Pakistan?s pool of ?great talent?, taking inspiration from global role models and rapidly growing countries like the UAE.