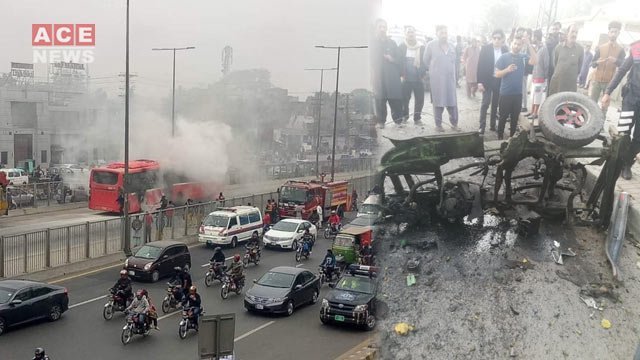 LAHORE: At least four people got injured in a blast in Lahore’s Johar Town area on Wednesday, ARY News reported.
Rescue sources relayed the injured have been shifted to the Jinnah Hospital for medical attention.
Seemingly, the sources said, the blast was caused by a main gas pipeline exploding in the residential area.
They said that the explosion was heard far and wide and was so powerful that the windowpanes of adjoining buildings broke.
Meanwhile, Punjab Chief Minister Usman Buzdar took notice of the blast and directed the provincial police chief to submit a report after conducting a thorough investigation into it.
He instructed that those responsible for the explosion be brought to justice at once and the best possible medical aid be provided to the injured. He called for declaring a medical emergency at the Jinnah Hospital and other health facilities in the provincial capital.