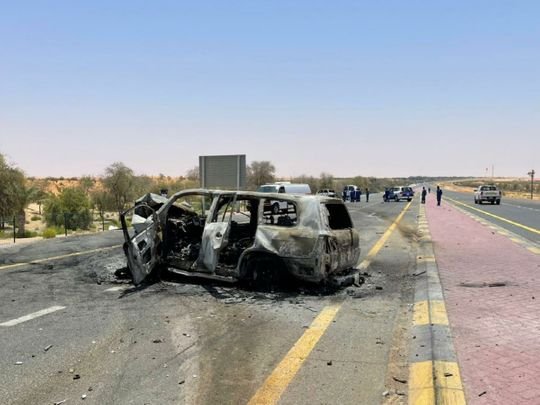 The collision of the two vehicles led to a fire
An Emirati, an Arab woman and three Asians have died in a tragic accident in Al Dhafra, according to Abu Dhabi Police.
The accident, which also resulted in the injury of an Emirati, occurred when one of the vehicles entered the road without making sure it was clear, leading to the collision of the two vehicles and causing a fire.
Abu Dhabi Police responded immediately to the accident, dispatching ambulances, civil defence and specialised police patrols to the site.
The authority urged drivers to drive carefully at the junctions and ensure the road is clear before entering.
It also warned motorists against driving when tired to avoid traffic accidents.