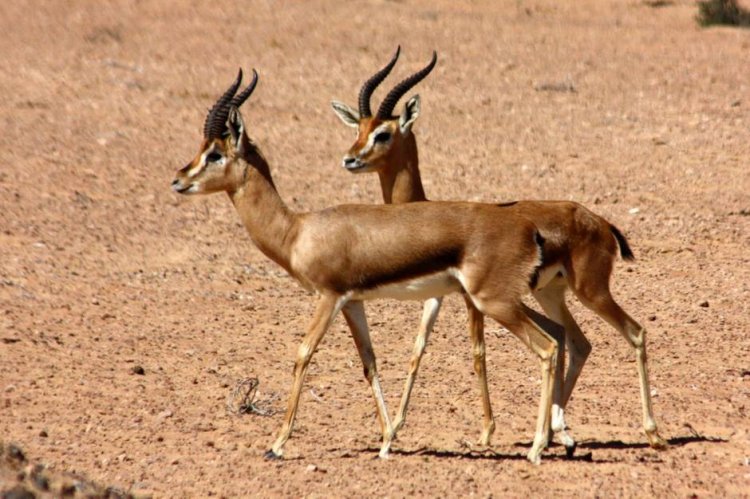 The safari park will be located next to Al Dhaid.
Sharjah will open the doors to the largest safari park outside Africa later this year or early next year, said a senior official.
Located near Al Dhaid, the safari park will house hundreds of different animals including giraffes, rhinos, turtles, crocodiles, pythons, flamingos, and other large reptiles, birds, and wild animals. More than a hundred animals have already arrived at the Al Bridi reserve, which will be spread over 16 sq km.
“We're developing a safari park in Sharjah, which is going to be the biggest outside Africa. The safari park will be located next to Al Dhaid city and it's going to open by the end of this year or early next year,” said Marwan Al Sarkal, executive chairman of Shurooq.
The project is jointly developed by Shurooq, the Sharjah government, and the Environment and Protected Areas Authority.
Al Sarkal said Sharjah plans diverse offerings to visitors in ecotourism, heritage, historical sightings, adventure tourism, and other sectors.
“We'll try to create an ample offering in each sector. We're not going to focus on things that our neighbouring emirates are doing. We want to complement each other,” he said on the sidelines of the four-day Arabian Travel Market (ATM) 2020, which concluded at the Dubai World Trade Centre (DWTC) on Wednesday (May 19).
Al Sarkal said ecotourism in Kalba and archaeological sites in Mleiha are unique places in the UAE that residents and tourists must explore.
“You can discover the archaic sites when the first man moved from Africa to Asia and settled in Mleiha. A lot of people don’t know how man moved around the world and Mleiha gives a sneak peek into this. In Mleiha, visitors can walk through the mountains, valleys and caves as well,” he said.
There are plenty of places that residents can visit in Sharjah such as Al Montazah Waterpark, Al Majaz Waterfront, Noor Island, Rain Room and Butterfly Island, he added.
The Shurooq executive chairman also cited Khor Fakkan's attractive touristy destinations for families such as gurgling waterfalls, beaches and trekking opportunities in mountainous areas.
Shurooq is also developing a retreat and a waterpark in Khor Fakkan and a hotel and a shopping mall at Kalba.