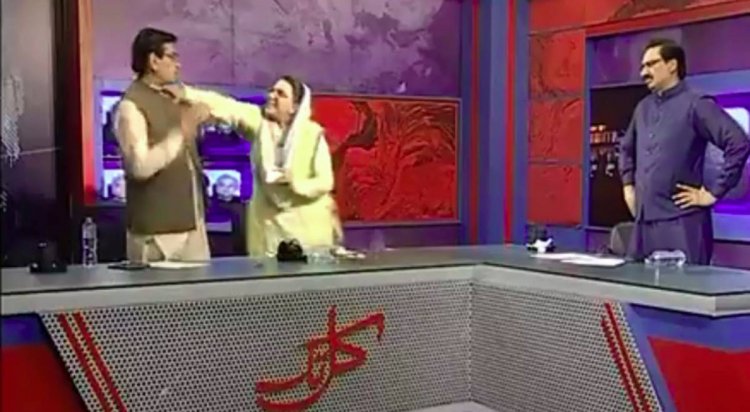 KARACHI: A Member of National Assembly (MNA) Qadir Mandokhel has registered a complaint to police for carrying out legal action against Special Assistant to Chief Minister (SACM) Dr Firdous Ashiq Awan, ARY News reported on Saturday.
A police complaint has been filed by Pakistan People’s Party (PPP) MNA Qadir Mandokhel, seeking legal action against Dr Firdous Ashiq Awan.
The complaint states that Dr Awan had used foul language and tortured him during a television programme on June 9 besides giving life threats. It further read that he got away from the television programme in order to save his life.
The PPP politician sought the registration of a case against Dr Awan at Saeedabad police station under the sections of harassment and threats.
Police officials confirmed that they received another application for the registration of the case and it is his second application. They added that the application has been sent to the higher officers for the legal opinion of whether the case could be filed in Karachi despite the incident that took place in Islamabad.
Dr Firdous Ashiq Awan made headlines on June 9 after footage of her getting into a physical altercation with PPP MNA Qadir Khan Mandokhail went viral on social media.
Speaking about the incident, the Punjab chief minister’s aide had alleged that Mandokhel used foul language against her later father and her, which angered her.
The SACM had also sent a legal notice to the PPP MNA Qadir Mandokhail for what she called hurling ‘baseless allegations’ at her during a TV show. Awan sent the notice to the PPP leader through her lawyers the next day.
Dr Awan had said that during a TV show on June 9, Mandokhail used foul language against her later father and made false allegations of corruption against her.