ISLAMABAD: Federal information minister Fawad Chaudhry has Wednesday announced that cinemas are now open in eight highly vaccinated Pakistan cities after they scored the highest marks in the Covid vaccination drive, ARY News reported.
Fawad Chaudhry released a document of the session earlier today which was aimed at encouraging the vaccinations by incentivising the regions that speed it up by relaxing restrictions. 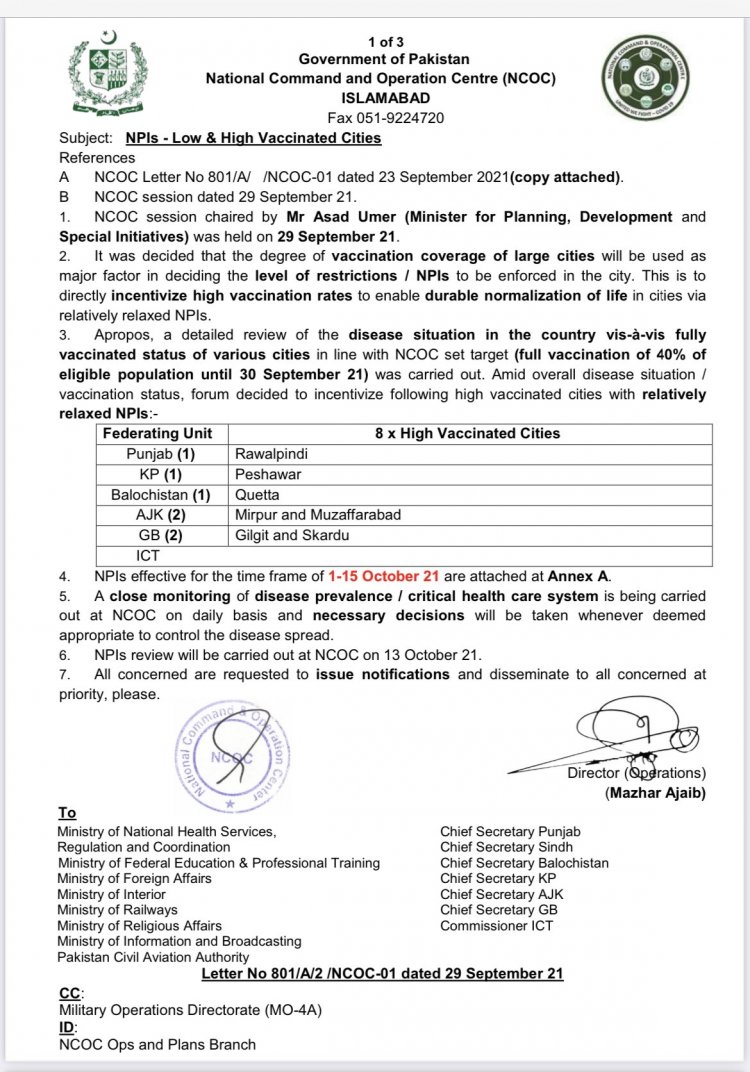 He said in a tweet that eight cities including Islamabad and Rawalpindi have their cinemas now open as a result of robust vaccination drive there.
We hope that Lahore and Karachi administrations, too, do the needful and speed up vaccination so the cinemas there can be allowed to operate as well.
It’s pertinent to note that the National Command and Operation Center (NCOC) in a meeting today decided to ease COVID-19 restrictions.
The meeting was chaired by Minister for Planning and Development Asad Umar in Islamabad.
Addressing the press conference flanked by SAPM on health Dr Faisal Sultan, NCOC chief Asad Umar said it has been decided to relax restrictions from October 1 (Friday) in eight cities where forty percent population aged fifteen and above has been vaccinated against the COVID-19.
These cities include Skardu, Gilgit, Muzaffarabad, Mirpur, Islamabad, Quetta, Peshawar and Rawalpindi.
He said the indoor gatherings of three hundred people and outdoor gatherings of one thousand people are now being allowed in these cities.
In addition, the shrines and cinema halls are being opened in these cities for the fully vaccinated people.  He said that indoor restaurants and wedding halls in these cities will now also remained open seven days a week.

Teenager files case against dad who tried to force him to repeat high...