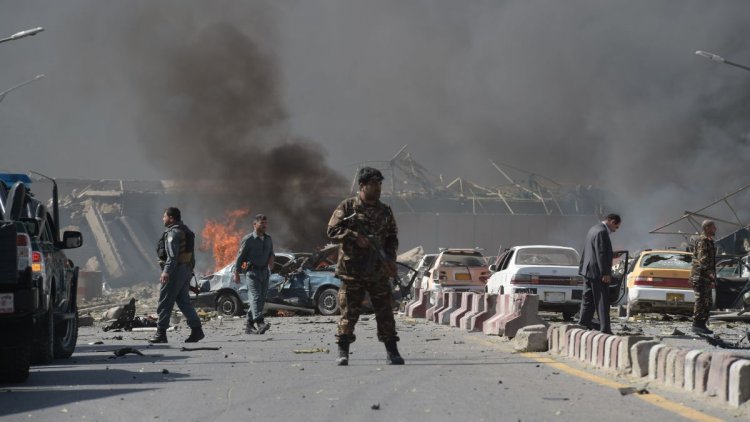 Four doctors working at a prison in the Afghan capital Kabul were among five people killed by a bomb attached to their car, police say.
At least two of the doctors were women. The fifth casualty was a passer-by.
The doctors were travelling to Pul-e-charki prison where they worked when the ?magnetic? bomb detonated. No group has said it carried out the bombing.
Dozens of militant attacks in Kabul have left more than 100 people dead in the past two months.
Journalists, activists and other political figures have been targeted. Several recent attacks on individuals have used ?sticky bombs?, attached to vehicles by magnets.
Levels of violence in the country have remained high despite the start of negotiations between Afghan and Taliban officials.
? The two-year-old Afghan girl who survived a shooting
? Sleepless nights for doctors in a war zone
? The assassination of a ?Brave Journalist of Afghanistan?
? Fighting for a future in a war without end
Police said two other people were wounded in Tuesday?s early morning blast in the south of the capital, where Pul-e-charki is located.
Among the jail?s inmates are hundreds of Taliban militants, featured in a BBC report last year.