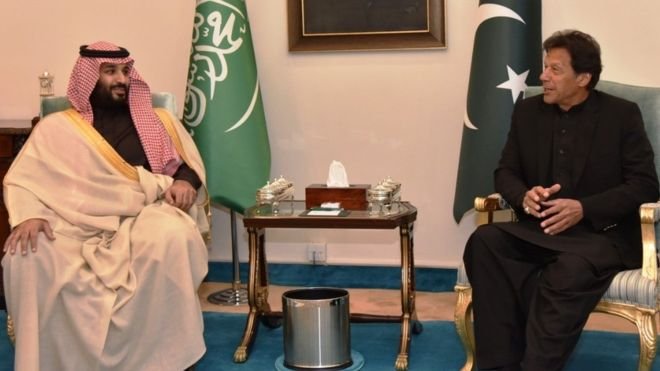 Mohammed bin Salman promised to do ?whatever we can do? for Pakistanis living in Saudi Arabia.

Pakistan Prime Minister Imran Khan on Sunday night had made a special request to Saudi Crown Prince Mohammed bin Salman to look into the hardships of Pakistani labourers working in Saudi Arabia.

On Monday morning, the Saudi Crown Prince promised to do ?whatever we can do? for Pakistanis living in Saudi Arabia, according to the Dawn newspaper.

A while back, Pakistan?s Information Minister Fawad Chaudhry announced that the Saudi Crown Prince has ordered the immediate release of 2,107 Pakistani prisoners in Saudi jails.