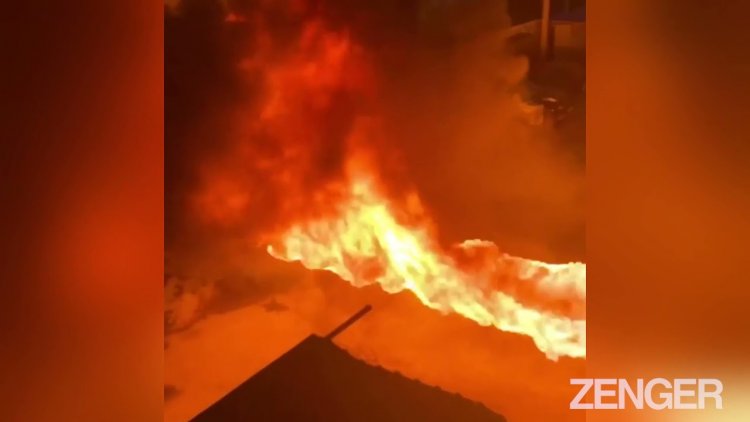 WATCH: MECHANIC TURNS VEHICLE INTO ‘DRAGON’, SPITTING FIRE AS FAR AS 20 FEET
Just like a dragon throwing fire from his mouth, a mechanic improvised his car and turned it into a flame-throwing machine.
Vahan Mikaelyan, the Russian mechanic, worked on a VAZ-2106 Zhiguli, also known as a Lada 1600, to create his customized car, which he aptly called a dragon.
In a video that went viral, Mikaelyan’s car can be seen spitting fire as far as 20 feet.
According to media reports, Mikaelyan has been planning an event by the end of this month, which would have a car being set on fire by his “dragon”.
While Mikaelyan has not shared how he improvised his vehicle, a Reddit user explained, “Some station wagons and SUVS have a separate windshield washing reservoir reserved for the rear window/wiper. Replace the spray nozzle with one pointing directly at your vehicle and fill the reservoir with a mix of gasoline and diesel fuel.
“Run a 12v line from the battery to a spark plug mounted next to rear facing nozzle activated by the spray pump relay. No more tailgaters! You may want to rig a fire extinguisher back there as well, just in case!”
Although it may seem like an unusual experiment but the Russian man is no stranger to giving bizarre twists to cars.